Brom on a plane? 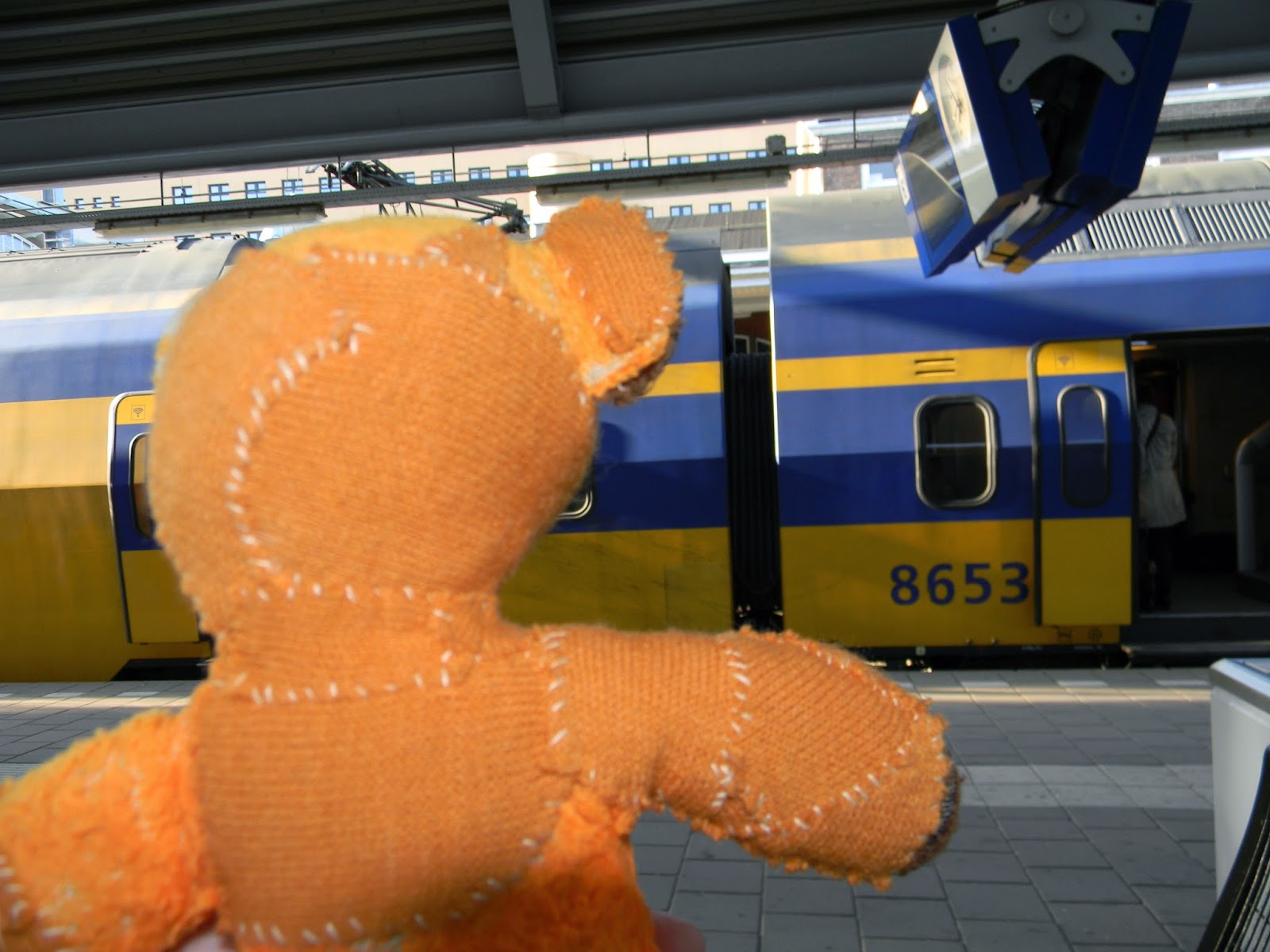 Coo coo! Surprise!! Here I am again, your friend Brom!! It wasn't the plan, but really: with two such dopey people as Mara and Gera, there could only be one person writing this blog. 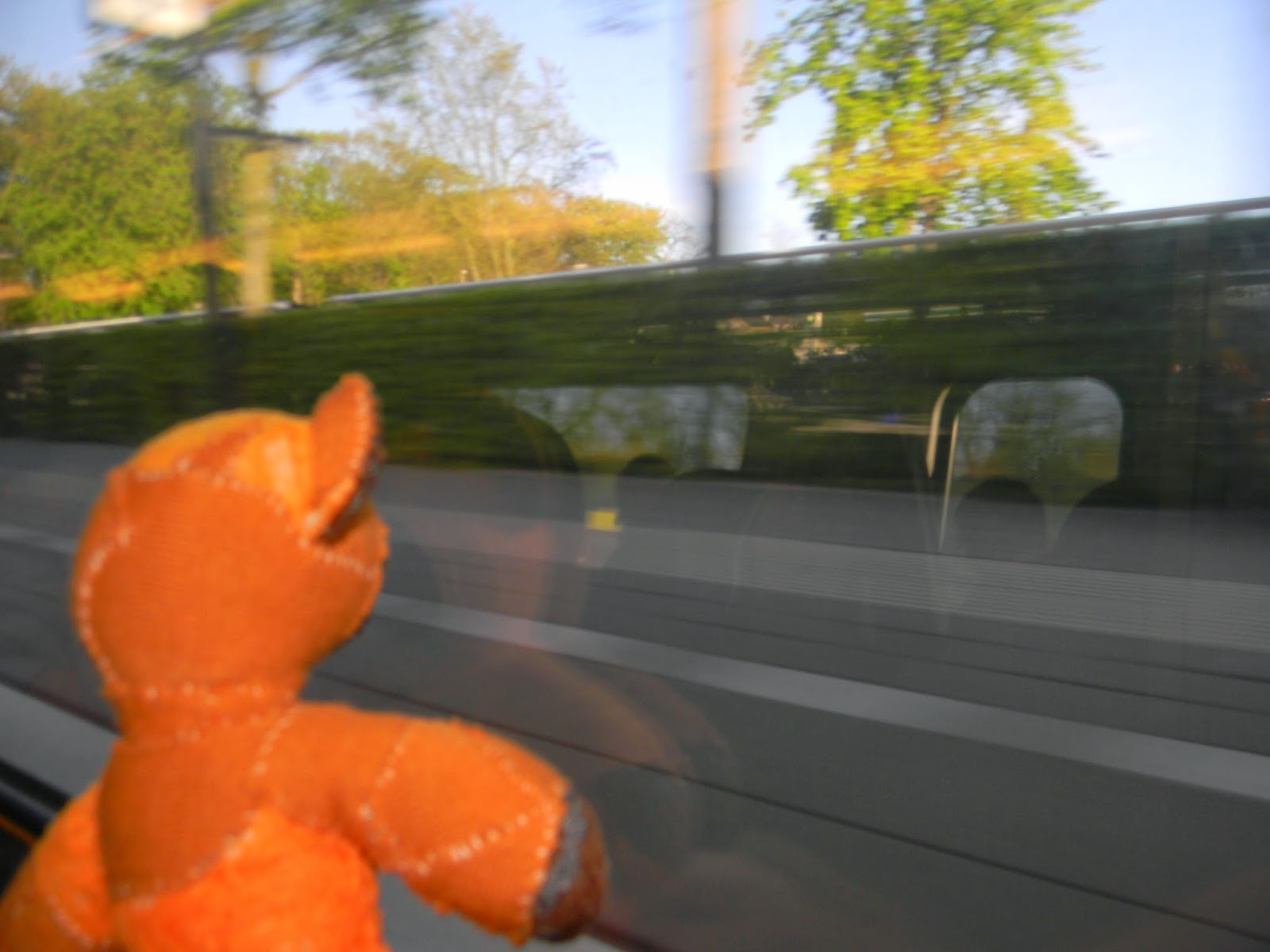 For days now, they had talked about taking the 07.15am train to Schiphol airport. Direct and easy and with plenty of time to spare just in case, which was important especially for Mara: her flight was at 10.25am. 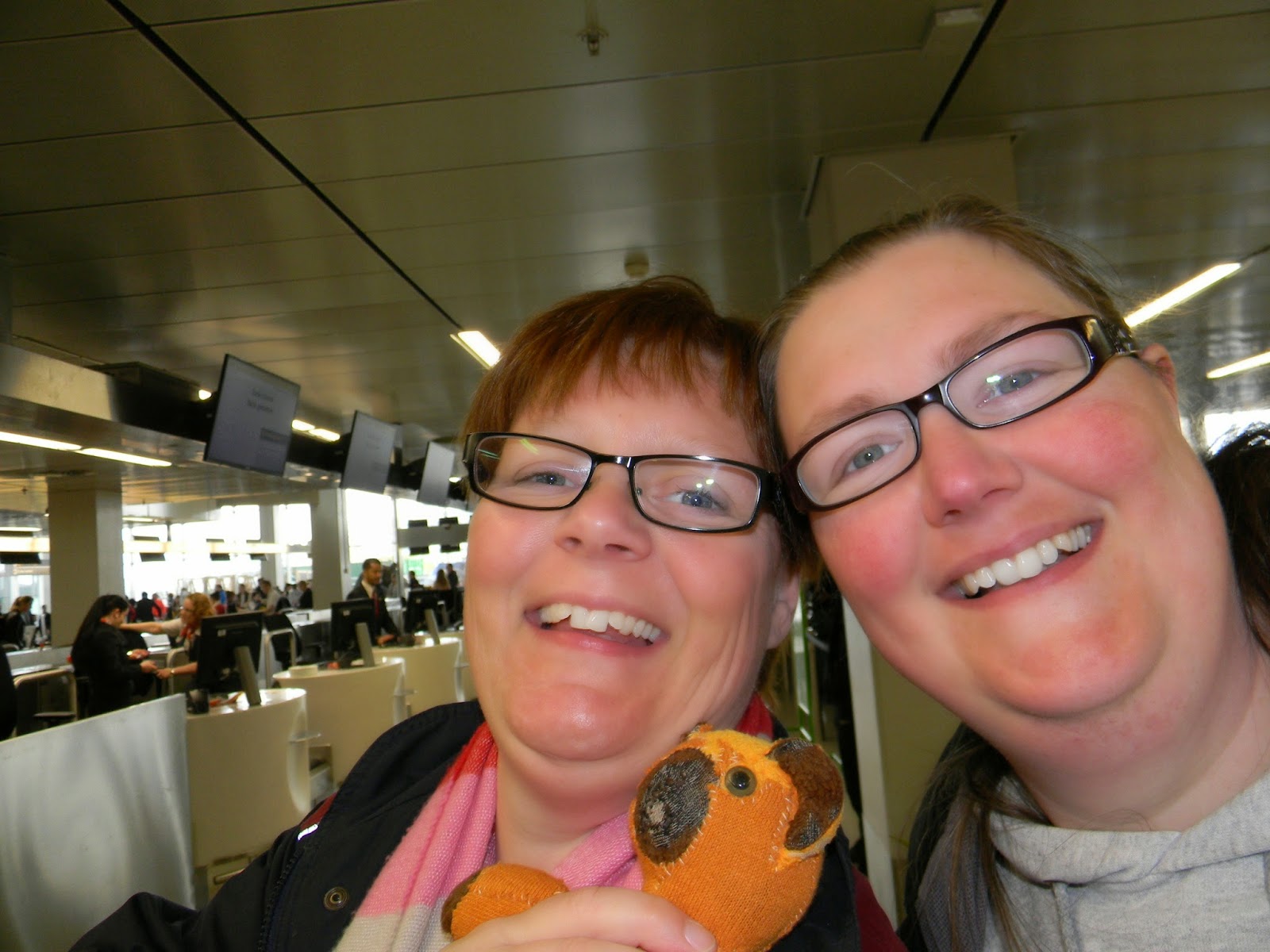 And then the two dopes just got on a train. Just like that. Of course I couldn't warn them: I can't read you know! But you would think that two people who have worked on trains, who have travelled a lot and who can both read, would know better than to go down to platform 3, when it was clearly stated (I overheard Mara say later) that the train they were supposed to take left from platform 5! 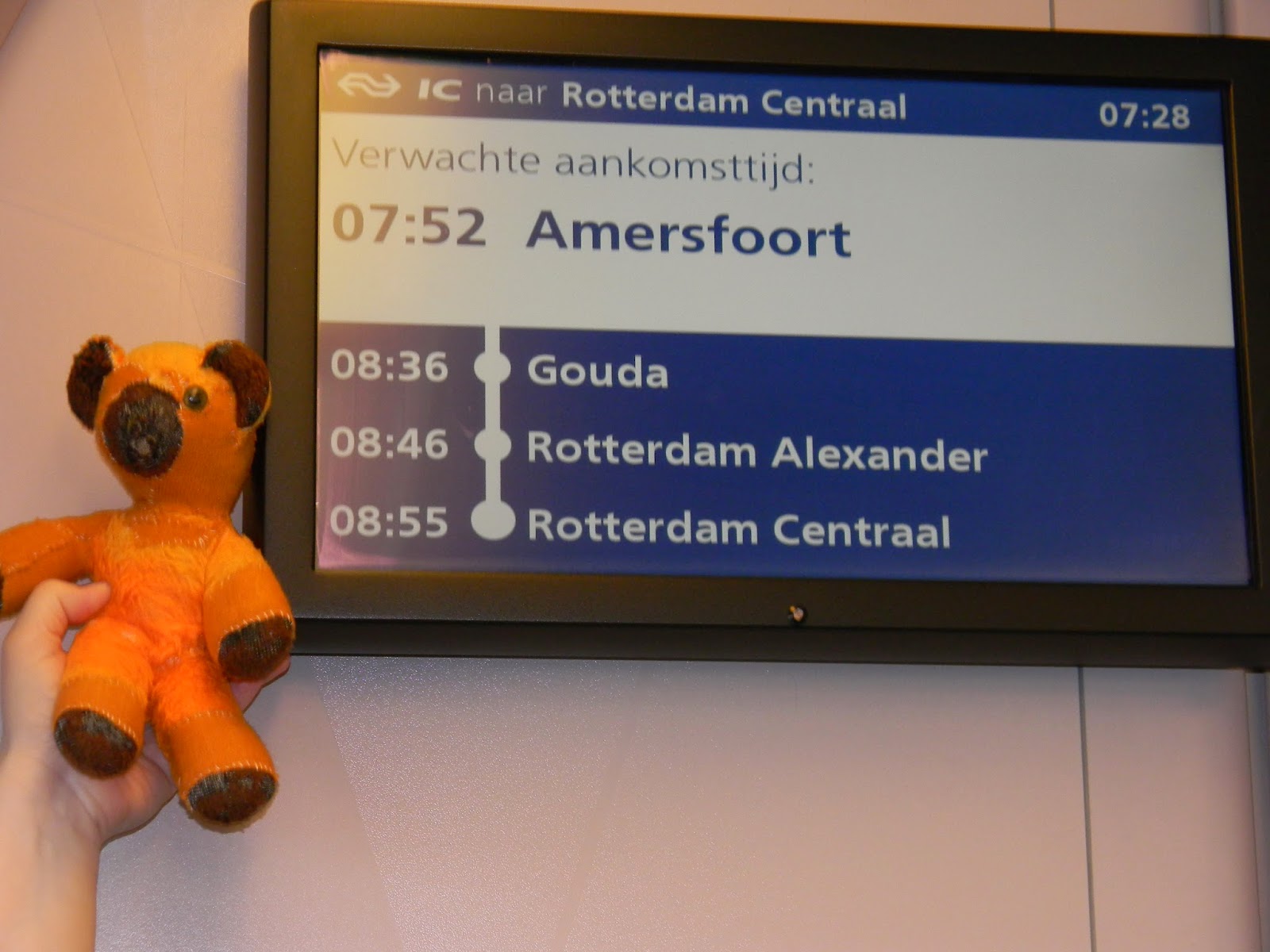 Gera was the one who found out, but it didn't matter: the proper train left at that moment. Well, they settled down and then started to take photos of me as if it had been my fault. The nerve of those dopes. Fortunately they knew that at the next station they could change trains and get to the airport that way and in the end they were at Schiphol around the same time they would have been with the proper train. 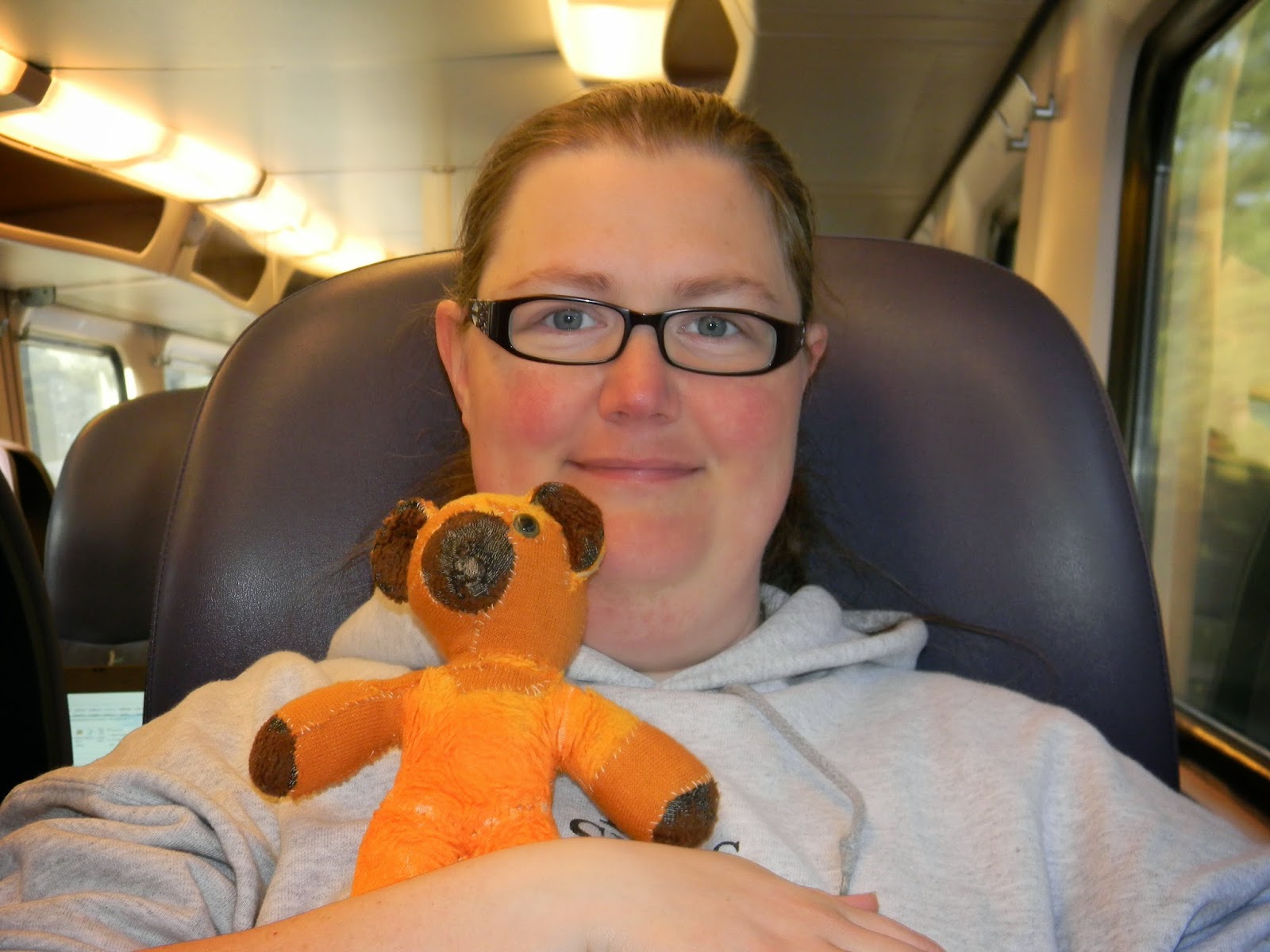 At the airport it was time for some coffee (I didn't partake) and then it was time to say goodbye to Gera. She is a good cuddler you know and it will be three months before I see her again.

As you know I have traveled a lot on a plane, but never in the passenger seat and this time I was allowed AND I was allowed to look out when the plane went up into the sky. The most exciting thing. My stomach was doing flip flops and there were clouds and there were tiny little houses and tiny little cars. After that I needed to rest and I spent the remainder of the journey safely tucked away.

And this time it is for real: see you all in three months with more of my adventures!
Written by Mara at 08:30