And the winners are...

As you know I would normally put up my Photo on Sunday post today. Since it is Sunday today. But today (yes yes, too much use of today) it is also the day for the winners of my annual calendar give-away. 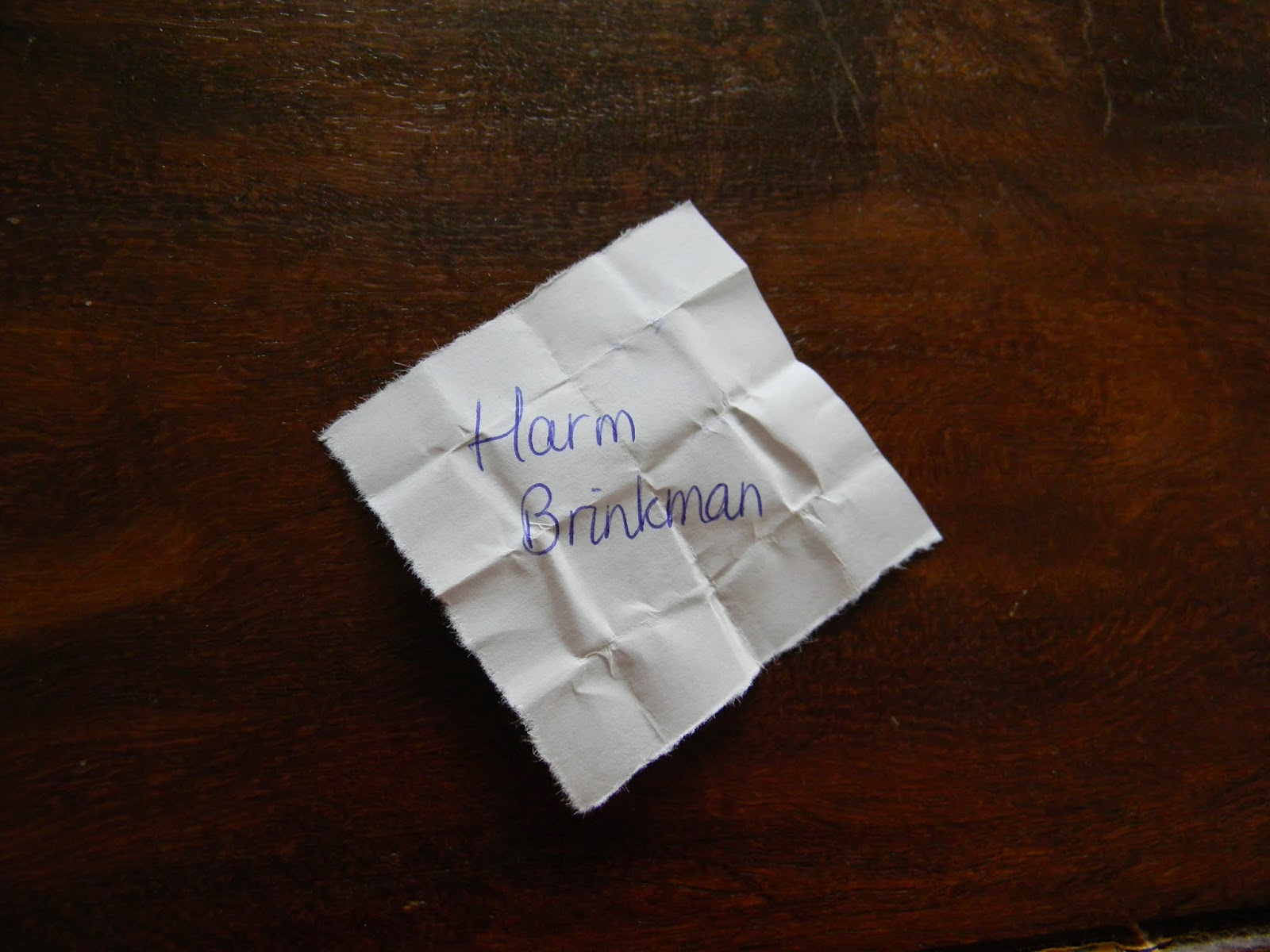 So, taking into account weather conditions in the Serengeti desert, annual rain fall in Helsinki and the amount of traffic on the road by my house, I decided to write each entry on a piece of paper, fold it up, mix all the bits of folded up paper up and then pick two! Blindfolded!! 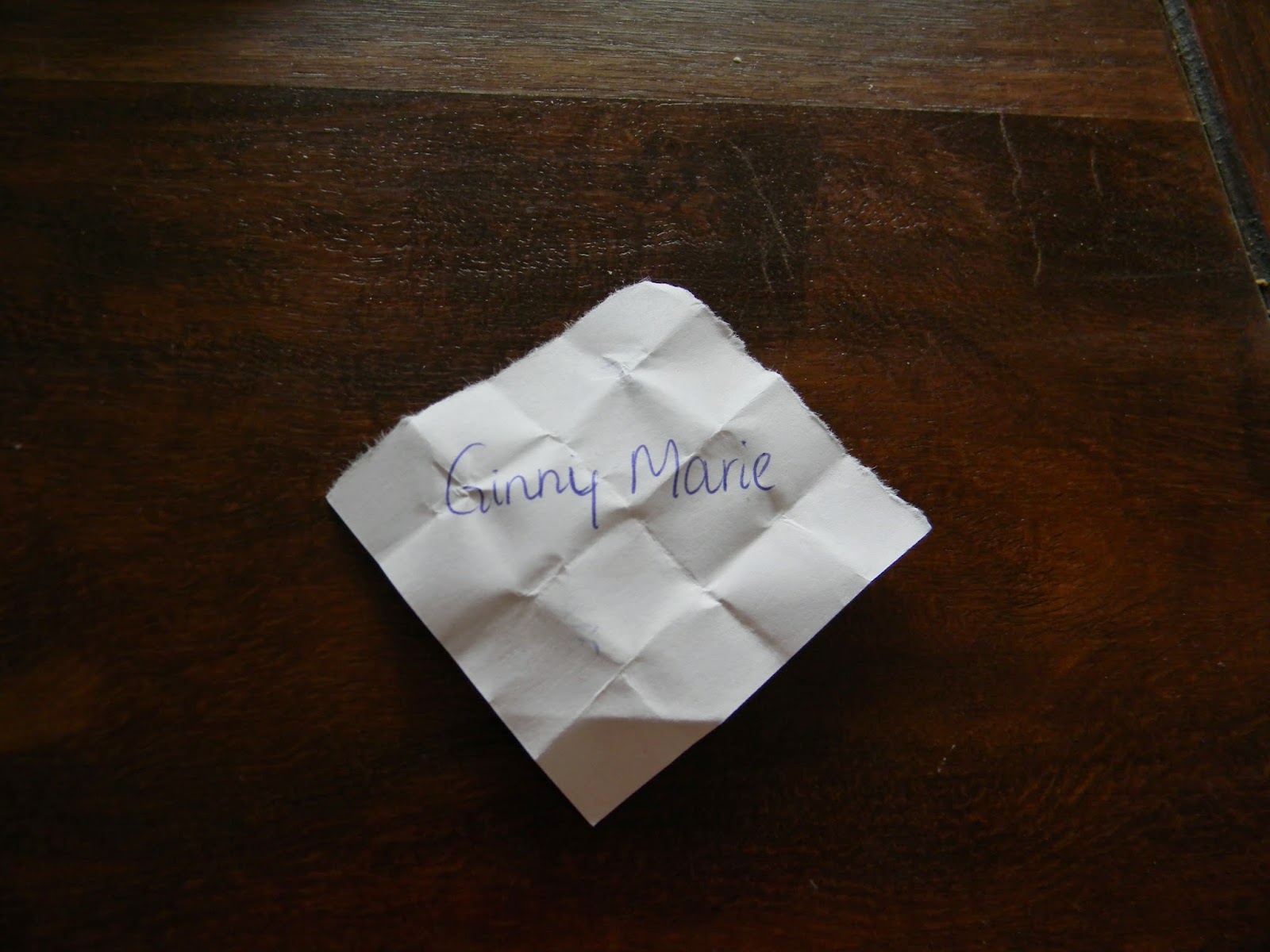 Congratulations to the winners. As soon as the calendars arrive, you will be sent one.
Written by Mara at 11:14 6 comments: 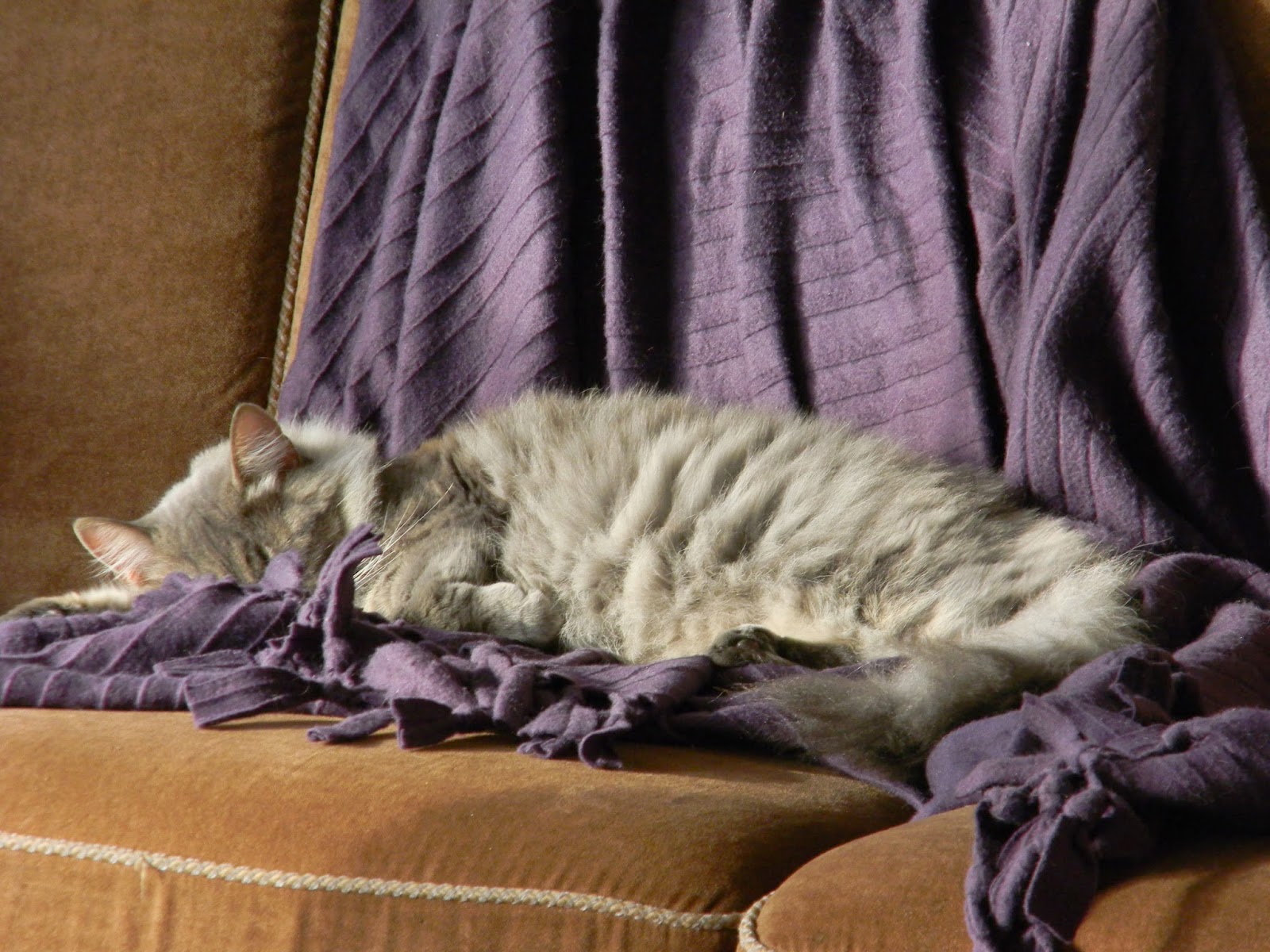 I already got the letter from the hospital over a week ago, but I just forgot to mention it. Besides, I haven't been online that much either. The good thing of course is that I now know with a 99,9% certainty what the problem is and if it is, I know the cure as well (hysterectomy)!

I suffer most likely from myomas (or uterine fibroids). That is not something I just came up with, my gp said it first. And seeing as it runs (somewhat) in my paternal side of the family, I am quite confident about that diagnosis. Of course it still doesn't explain the tennis ball (the gp after all didn't have an explanation for that), but it could just be an external one. Either way, I was referred to a gynaecologist.

After a few days I got the letter in the post saying that they had evaluated the information they had received and thought it was necessary for me to be seen by a gynaecologist (!). I needed to be seen before the middle of December and now I have an appointment on December 9th, a week before their own deadline.

Then earlier this week I got another letter. If I could please get in touch with the MRI people and get them to send the scan over to the hospital since they hadn't received it. They ought to watch more Sesame Street I feel (cooperate).

In the mean time however there are plenty of other things to keep me busy. Work for a starter. My team leader activities, course work and tonight the annual company Christmas dinner. And then there are the lots of Christmas films to watch on television. Busy busy busy!
Written by Mara at 13:19 10 comments:

I had forgotten all about it: the slippery course I was due to take on Monday. Fortunately I saw it in time and managed to get on it.

Working as a busdriver in Norway can be difficult at times. Especially during the winter months, when there may be snow and/or ice. It could get slippery. Of course I have driven in all sorts of weather conditions, but not so much on slippery surfaces. And it's not part of the Dutch curriculum either. Concerning driver's licence I mean.

So, when the opportunity arose to do some light training, I was in. And last night was that opportunity. First we got a bit of light theoretical training. Then we saw how much we would weigh at collision speed (several tons in my case, if driving over 80km/50mph). And I was asked to get in a lovely driver's seat with a seat belt. I was then pelted down a slope and came to a very abrupt halt. It might have been only 7km or 4 miles an hour, but I can still feel it today. Imagine what it would do at higher speed!

But then the main event. There were two to three on every bus and off we went. We started off slow and everybody managed to stop. But we had to drive faster and faster and after a while they put some obstacles in our way as well. Nothing major and at low speed we managed to avoid those, but the higher the speed got, the deader the traffic cones were!

It was great fun, but I learned a great deal as well. When the roads do get slippery: slow down! Anything over 50km or 30 miles an hour is too much! Especially if you have to swerve to avoid something.
Written by Mara at 17:16 5 comments: 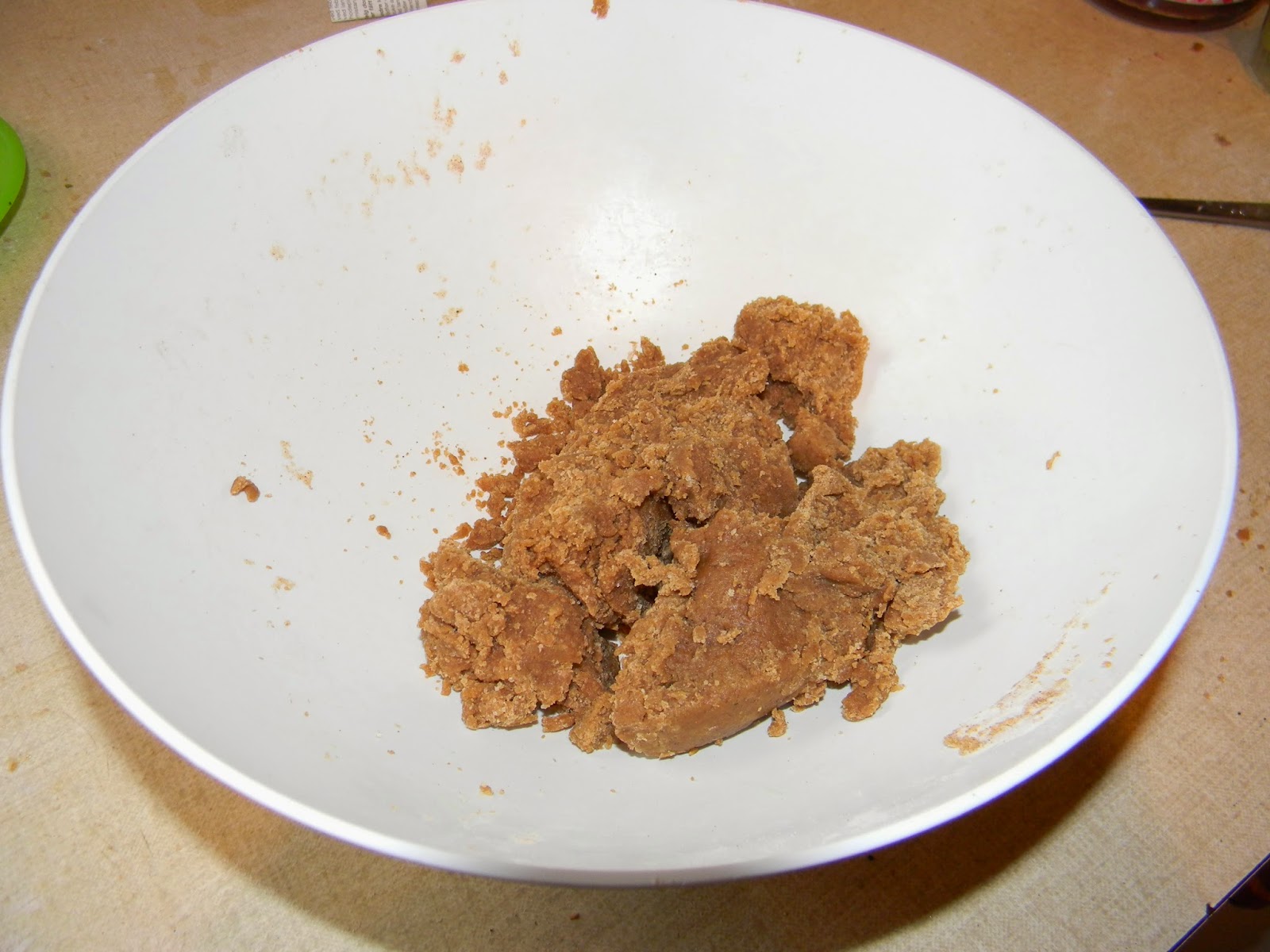 Yesterday the weather was quite nice after a very very very blustery Friday. Today the weather has returned to its blustery form, this time however it includes a lot of rain as well. Needless to say that going outside is not something I am looking forward to. 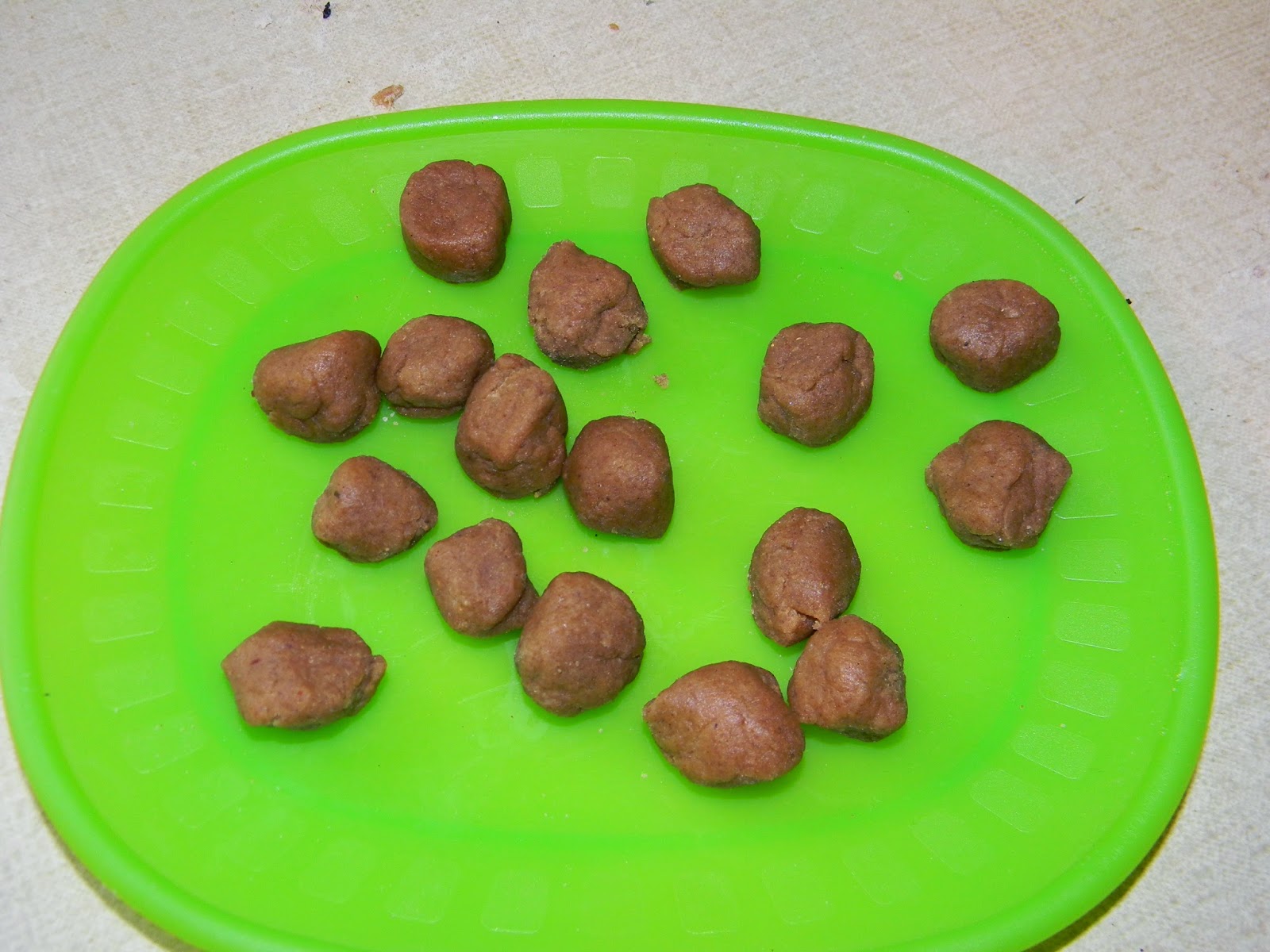 So, something else was needed. Like making 'peppernuts'. Or ginger nuts. Spicey nuts. There are no nuts involved at all and precious little pepper. Cinnamon, nutmeg and a few other spices however... My kitchen smells fantastic! 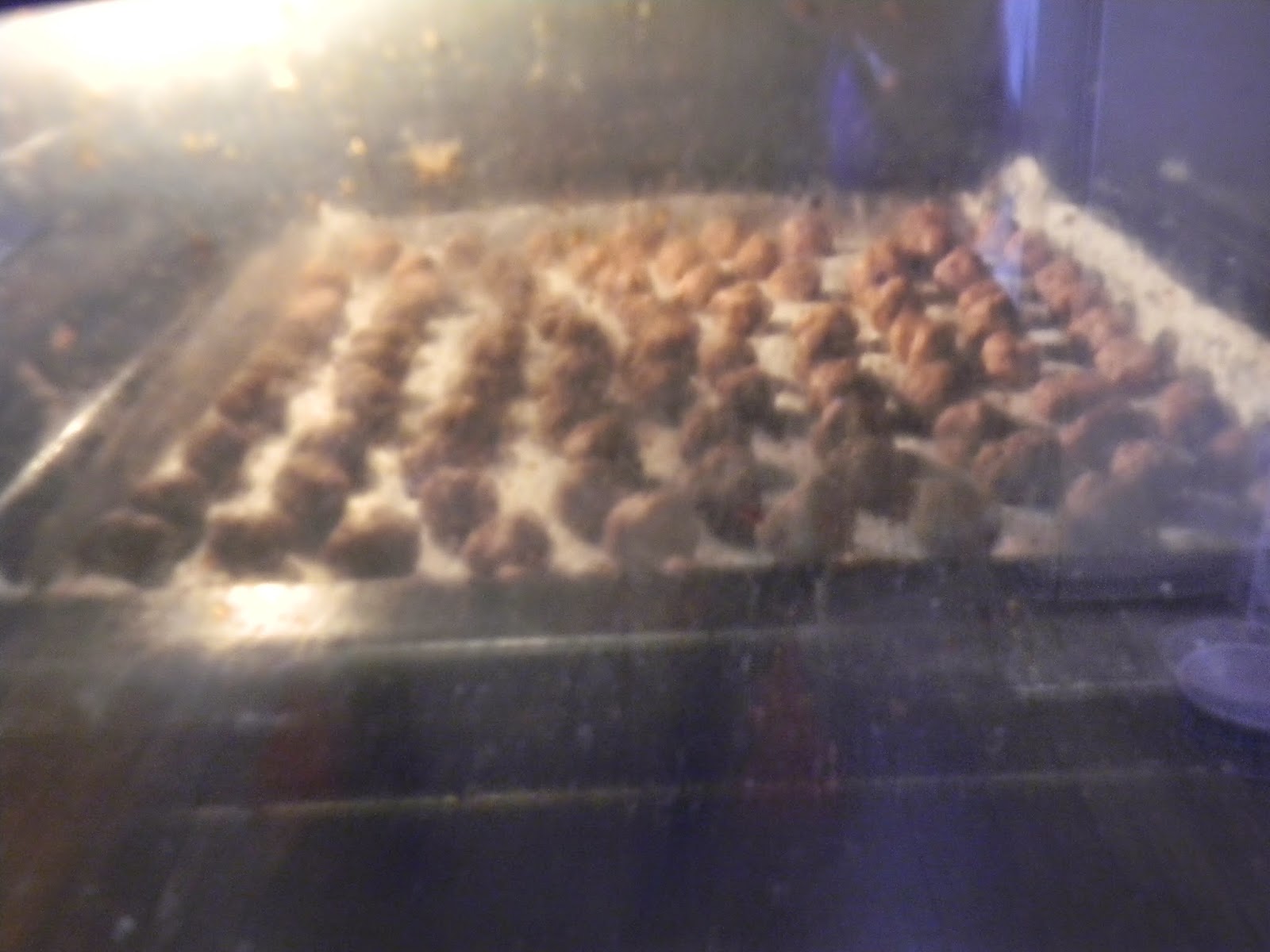 I had decided to make two batches at once, which was not too good in the making the dough department, but I managed in the end. Then I had to make small balls of the dough. Well, from a far distance perhaps... 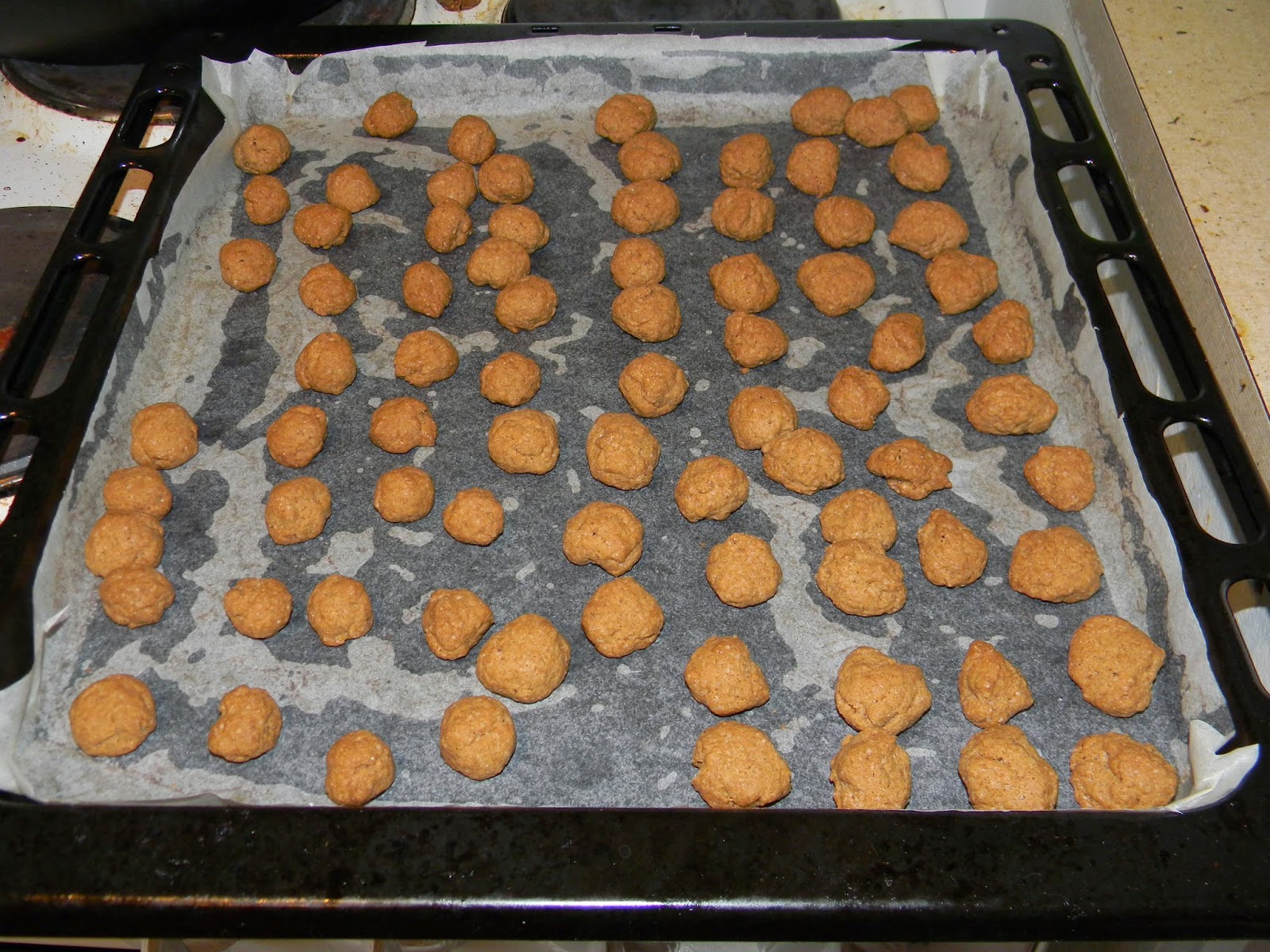 Then they had to go into the oven. Three batches in total. Twenty minutes wait and one batch was done. So, about two hours from beginning to end. Making the house smell like a bakery and my stomach grumble. 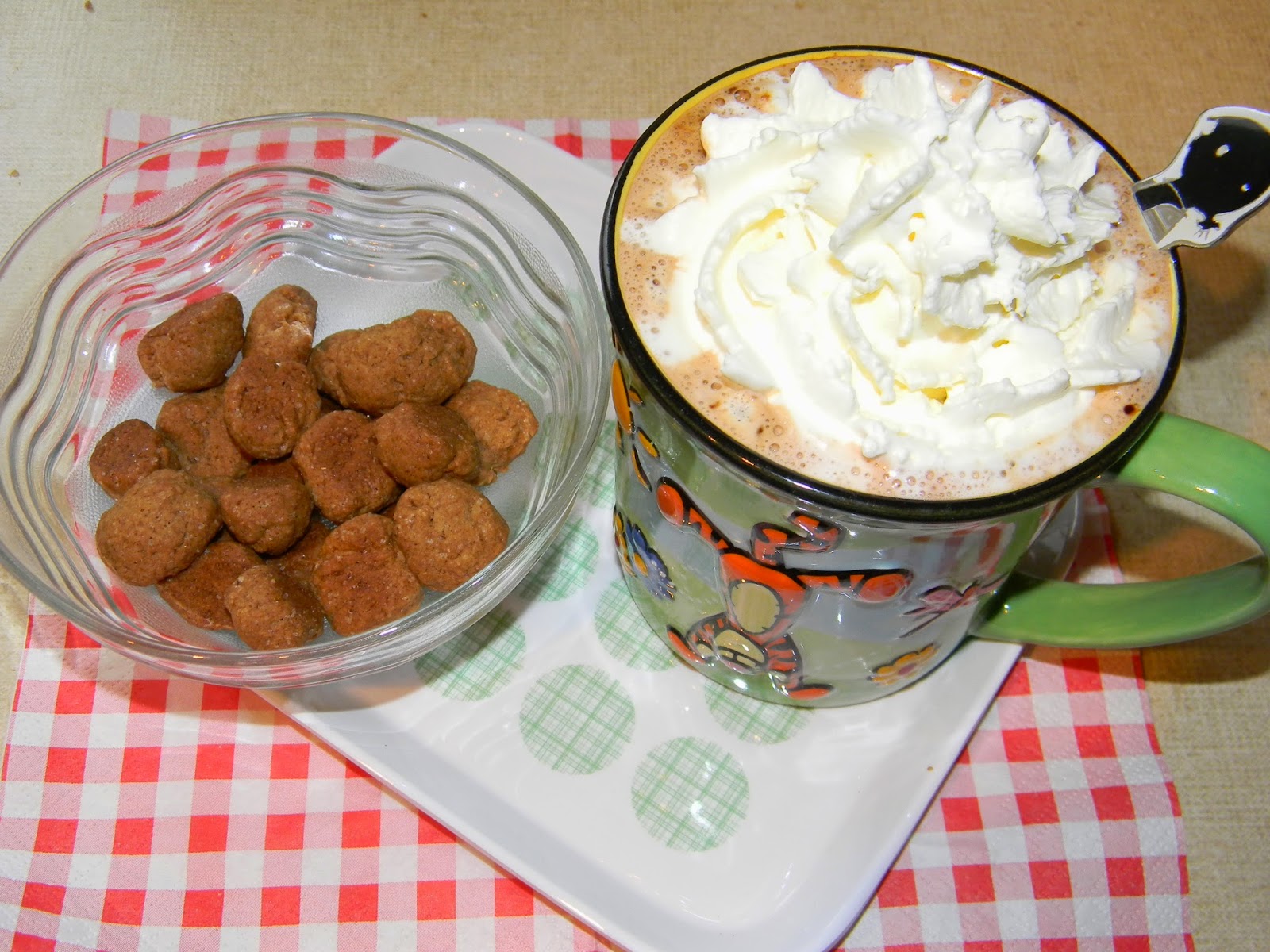 I didn't eat them. Only the ones in the small bowl. Plus one extra. This afternoon I am invited to a collaegue's home for 'komler'. Not really any clue as to what it is, but it is Norwegian. They will get a small Dutch gift in return! (Although I might save some. Scrap the might. I will save some for myself)
Written by Mara at 12:37 5 comments:

Anybody for a game of tennis? 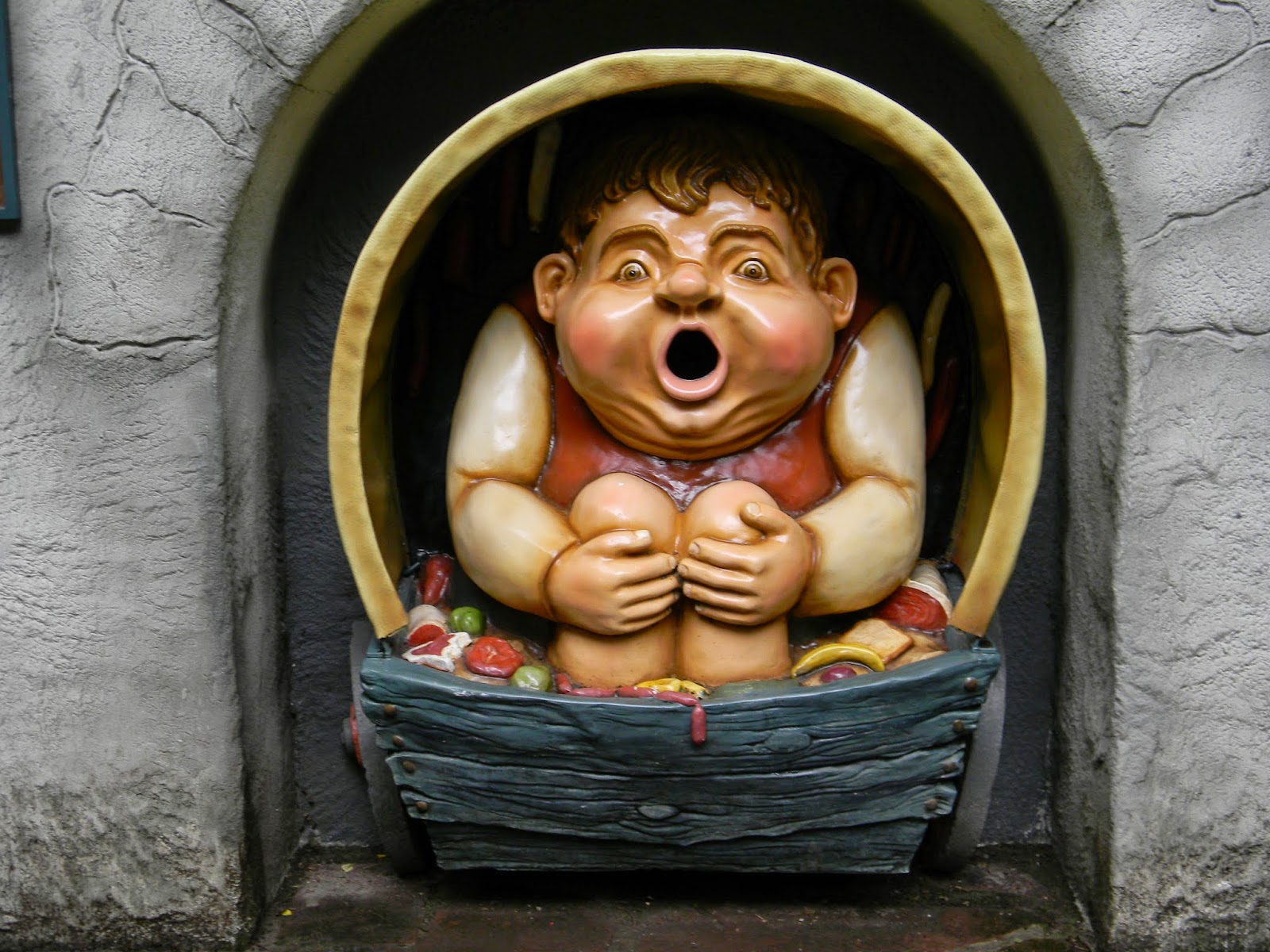 As you know I have been suffering some severe pain over the last ehm... six months now. At first it was thought that it might have something to do with muscles and stuff and lack of excercise. Until the pain moved from my leg to my lower belly. From where it spread to my hips (especially my right) and back and upper leg.

So, I went back to the doctor and she ordered an MRI-scan of my lower body. That happened two weeks ago. The result was due four working days later. But when I called last week: nothing! Annoying to say the least. By this time I was taking between two and three doses of painkillers a day. I decided enough was enough. 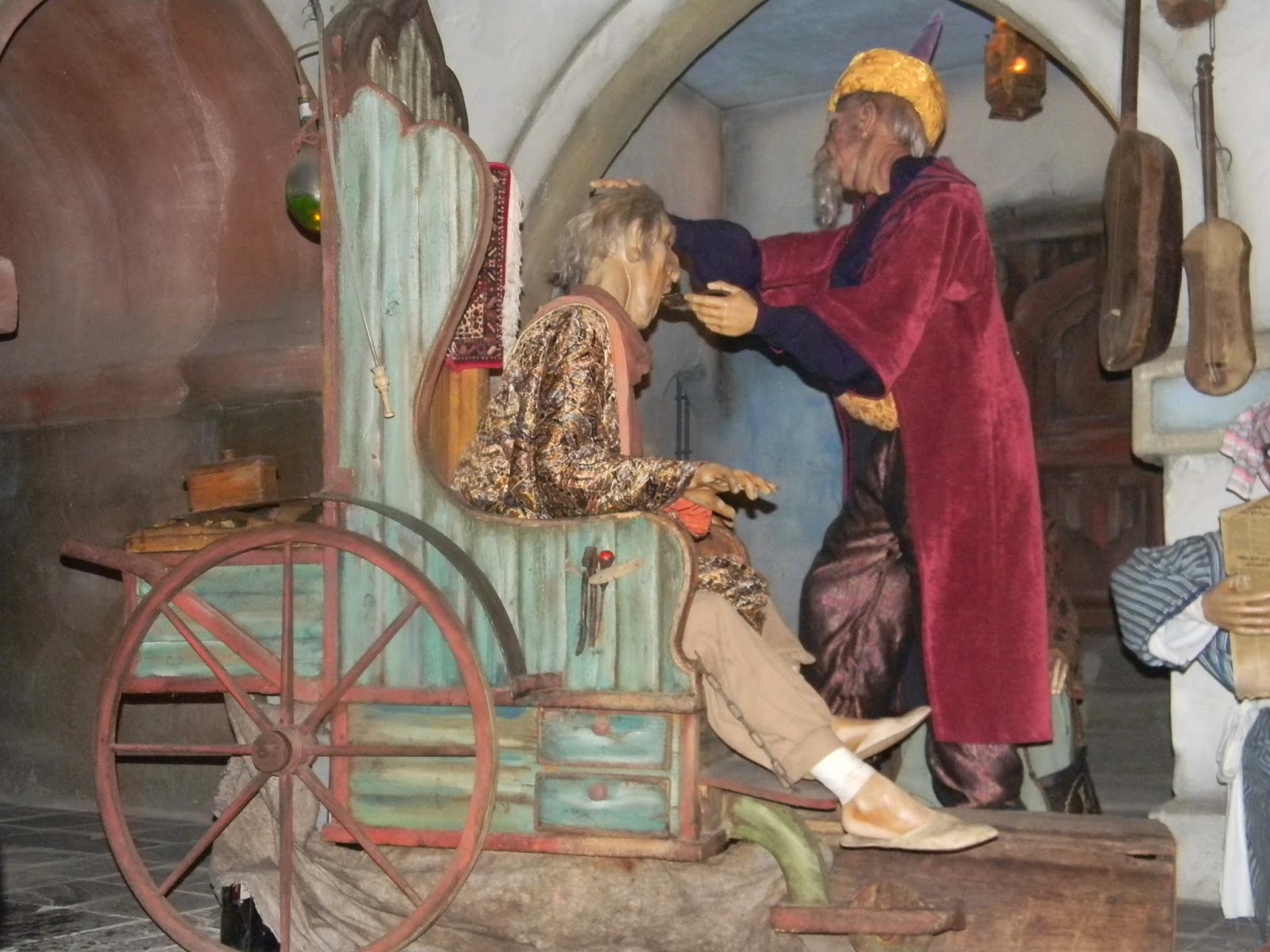 After looking at my schedule I decided this Monday (ie today) would be a good day for me to see my gp again. (see how I still put work first). The other decision I took was one I regretted almost immediately, but once taken I wasn't going to untake it until I was told otherwise. It concerned taking the painkillers, or more to the point: the not taking painkillers!

This time I didn't have to wait that long. I had expected to sit in that waiting room for about an hour or more, but I guess it was no more than about 15 minutes before it was my turn. The results of the scan were in as well.

My spine is showing some sign of wear and tear, but no worse than is to be expected in a person of a certain age. So that was nothing to be worried about. My hip bones and stuff also looked as fine as could be expected.

However (and here's where the tennis comes in), the scan did show a growth ON my uterus. About the size of a tennisball. The thing is though: the person 'reading' the scan couldn't make out what it was. He doubted that it was a tumor or anything else malignant, but he couldn't be certain. Plus there was a small growth in my uterus, but that is quite normal my gp told me. However, it could cause menstral cramps. 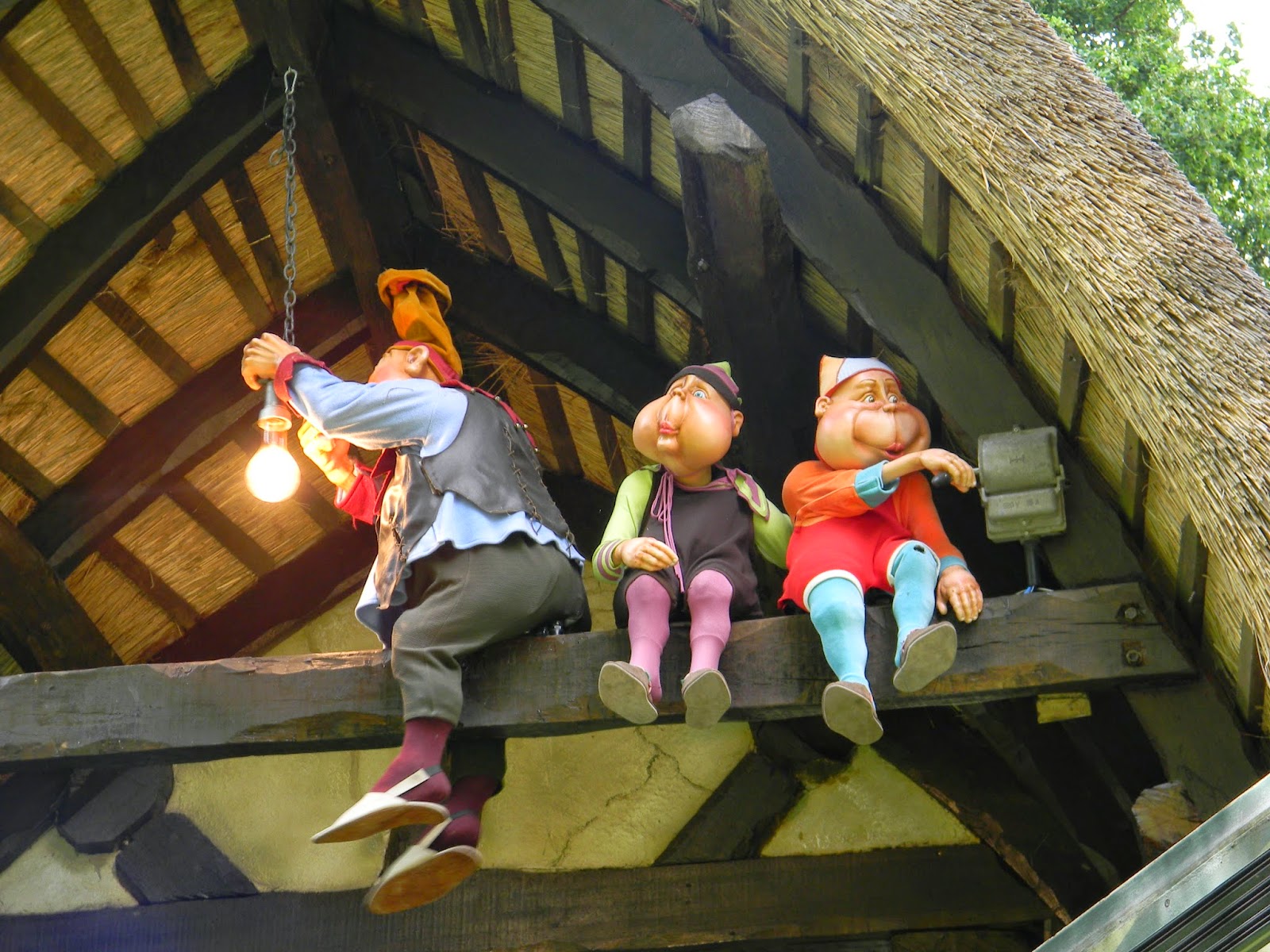 Well, uterus, growth inside and out and a lot of pain? Guess where I will be heading next, urgently! Yes, I will be seeing a gynaecologist within the next three weeks to determine what the unknown growth is and whether that is the root of all my aches and pains. And once determined, what will be the next course of action. So, now I know. Sort of.

And on the subject of painkillers: I am to continue taking the pills I have been taking lately. Doctor's orders.

Update: I have just learned that several members on the paternal side of my family have had problems with myomas and have had to have a hysterectomy as a result. Which at least removes more worry for me!
Written by Mara at 12:56 6 comments: 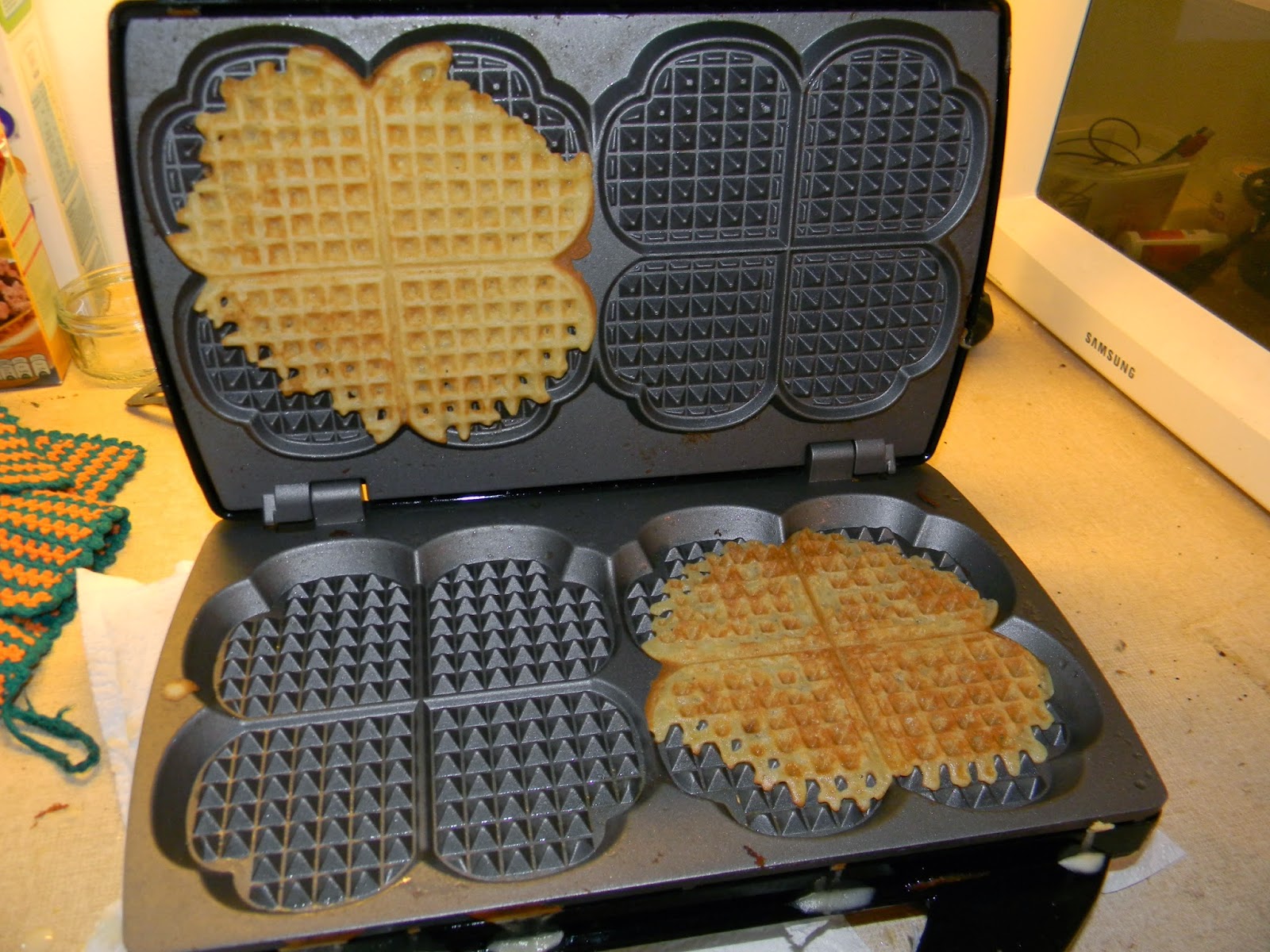 When my sister was here we had some real goodies to eat. Kale 'n' mash is always good, but no photos. I did get a photo of the waffles I made though. They were delicious with the remainder of last year's plum jam and with this year's blackberry jam. 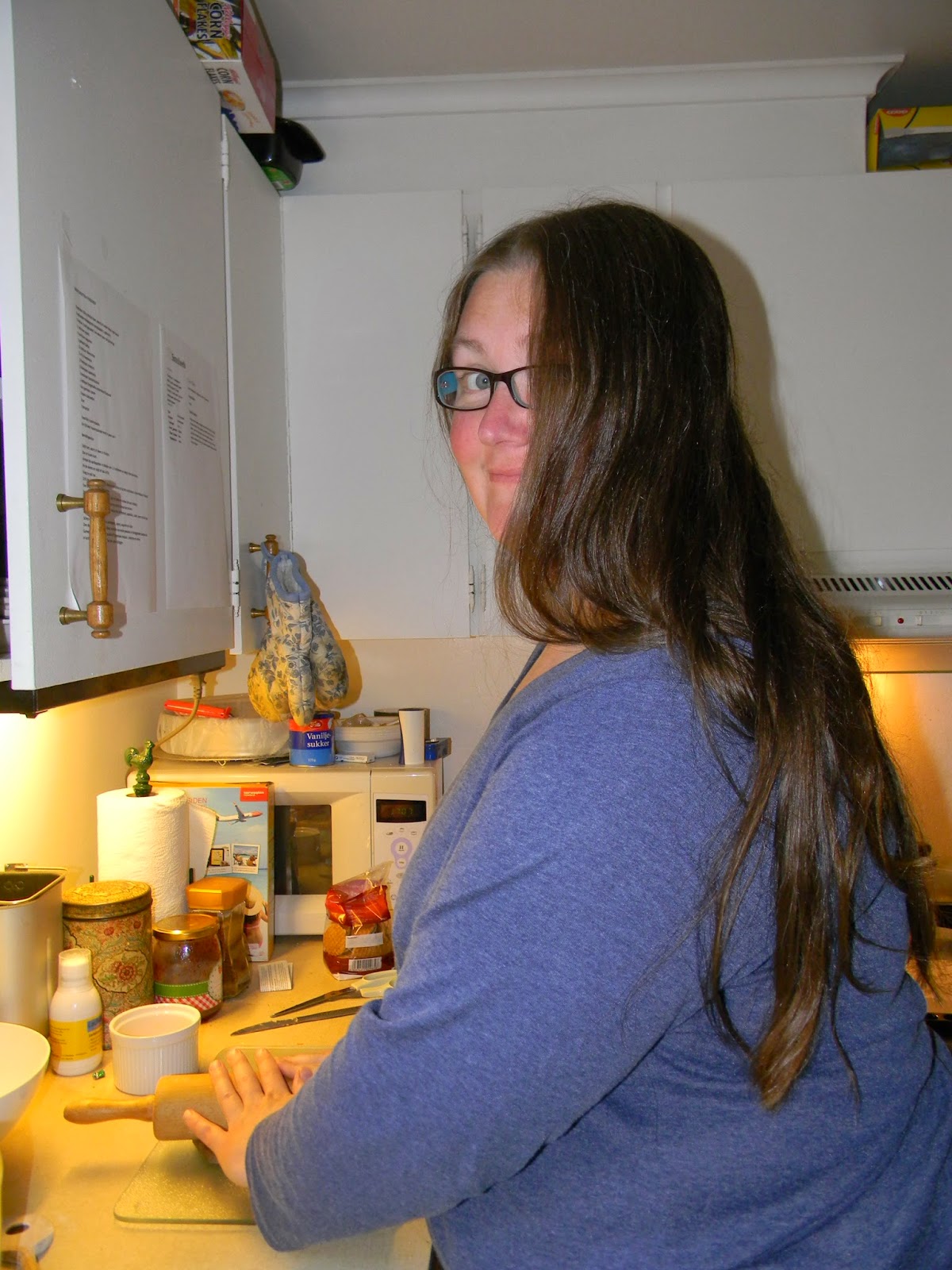 My sister made filled 'speculaas'. A Dutch treat that we were able to recreate fortunately. Internet certainly has its uses! We ate the cookie/cake before photos could be taken though. Too delicious!
Written by Mara at 08:00 5 comments:

I may not have been blogging much this year, but I haven't been sitting still. I have taken plenty of photos during this past year and as usual I have made a desk top calendar. And as usual, you will have a chance of winning one!

This year's feature photo is of the Kelpies, with huge thanks to Yamini who showed them to me. Other photos include photos of Norway, Scotland and Northern Ireland. Oh, and the Netherlands as well.

Anyway, your chance of winning? Just comment on this post and you will be in with a chance of winning one desk top calendar for 2015. Closing date will be November 15th Norwegian time! Two calendars will be up for grabs, so give it a go! Good luck.
Written by Mara at 12:30 6 comments: