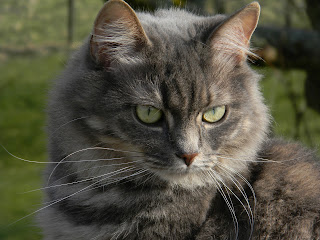 Mara said I had to tell you a little about myself. Well, that is very easy: I am a cat and the most beautiful at that! Anybody who says different should have their eyes checked! .... Oh, Mara says I can't talk like that, because there are plenty of really beautiful cats out there. Well. That is her opinion! Wrong of course, but I will teach her yet. 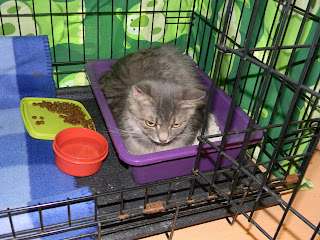 I came to live with Mara in 2014 after I lived in a very busy house. There were two two-leggers, a four-legged horrid creature .... oh, Mara says that was a dog .... two other cats and my little baby. Yes, I had a little baby. Four actually, but three didn't make it. The reason I lived in this very busy house was that I was living in a garage with my babies and somebody thought that wasn't very good. So, we were given a new home. But that was only until Mara came and picked me out of a lot of other cats! Because I was the most beautiful cat there! 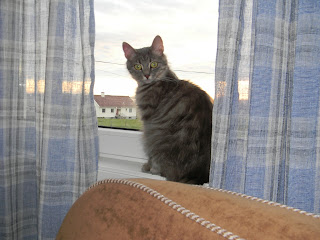 I have lived at Mara's for quite a while now. She is good with the cuddles and she understands when I want to go out. I love going out and trying to catch some mice. But when it's time to go in, that is okay too, because I get a little treat when I do that. When I first came to live with Mara I was quite skinny, but now I look gooooood! 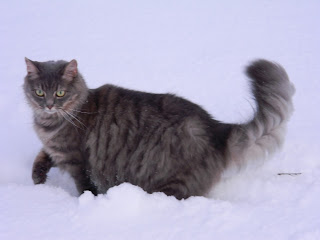 My name is Oswin which is NOT a boy's name at all! It was the name of the girl on Doctor Who and Mara loves the Doctor! On this blog I am called Miss Oswin though. As a mark of respect for the most beautiful cat in the world universe! But perhaps it should have been Princess, since my birthday is on April 27th, which also happens to be the birthday of the King of the Netherlands.

If you want to read about my adventures: click on this link and there I am!