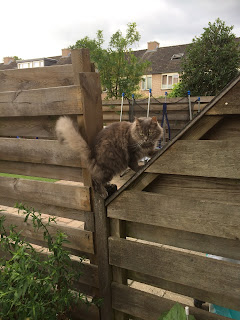 
Just to let you know: I am still here! According to Mara I am a bit of a lazy bones, but I do like to get out and about. But I don't like to be out and about when everybody else is out and about too. I prefer peace and quiet, me. 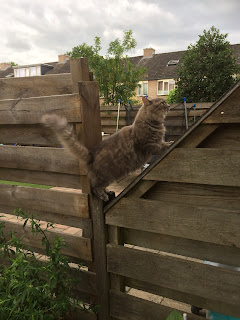 Like the other day. The weather had turned a bit. Over the last few weeks it has been hot and summery, but then it wasn't anymore. There was rain in the air and there was wind. I still wanted to go outside though. 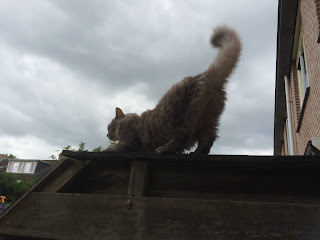 Oma and Opa have a fence to separate their garden from the Dalton brothers' garden. And that fence is perfect for balancing on. I don't often do it, but I knew Mara had a camera close by and thought I would give you a chance to admire me. 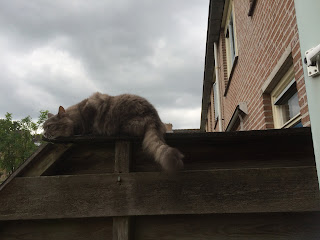 First I had to climb up some diagonal bit. Which I did absolutely wonderfully. Then I had to sharpen my claws on the straight bit. Mara was very good in taking photos of that. But once that was done, she went inside. Tsk tsk. 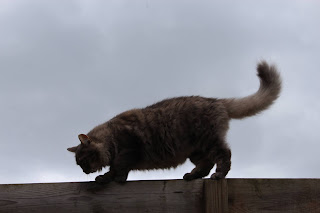 But Oma was still watching and I heard her call out to Mara: look at Oswin! Mara looked and then ran and grabbed her real camera. The next thing I know is that she is clicking away, just like I had planned. 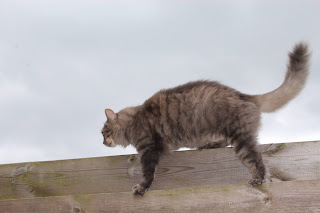 I was walking on top of the fence. Like a proper tight rope walker. Because that is what us felines do you know! It was a good thing there was some security though, for safety and to keep Mara from worrying. 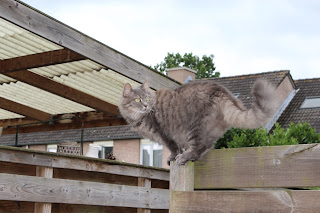 And then the fence came to an end. At first I thought it would be a good place to stop, but as I was there anyway and the other fence was only a short hop away, I thought that I might as well. 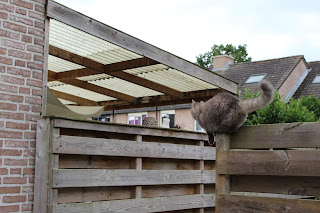 Of course, you first have to get all your feet in the right position. Then you have to make sure your bum is sitting just right. 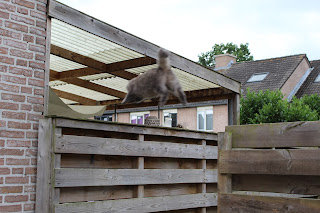 Then you just let fly! 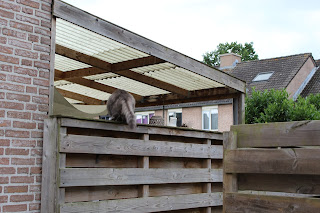 Of course I landed. On the dog's fence, but I think he was inside. I stayed there for a bit and then I made my way back home. To rest, as it is hard work this showing off!
Written by Mara at 14:01