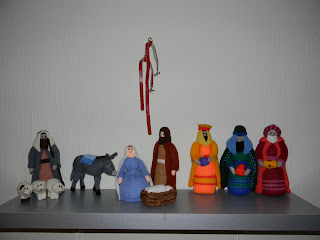 Most people of my generation hailing from the Netherlands, will not have gotten any Christmas presents at all when they were growing up*. I know for a fact, there was only one girl in my class that did. Out of 35! No, Christmas was for one thing only: celebrating the birth of Christ. Which meant that after our sit-down breakfast (sometimes with my grandparents), we would head to church. After church it was home again. Lunch would be sometime in the afternoon, after the pre-lunch drinks. We children would be allowed to have one alcoholic drink, usually rosé with our lunch. To finish off, my dad would read the story about the birth of Christ from the youth bible or the grown-up bible, depending on how old we were.

Television in those days was governed by my parents and it usually showed the Christmas concert from Vienna. We might watch the Sound of Music, which always seemed to be on at Christmas, but I can't recall much else. Probably because with only two/three channels to choose between, there wasn't much else. Did we play games? I honestly can't recall. And as for visiting the grands? Well, since we didn't own a car for quite a few years, I don't think we did. My maternal grandmother celebrated her birthday a week before Christmas, so we usually headed over for that, but would celebrate Christmas in our own home. 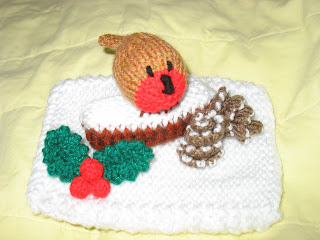 Then I moved away and celebrated Christmas in other places. Like France, while working. Or Great Britain, while working. Different countries, different customs, still no gifts. I moved back home again and Christmas was more of the same. And even when I moved to my own little place, I would still go home for Christmas. And then one year it changed.

I had moved a bit further away from my parents due to a new job and I didn't want to go home. I just wanted to relax, eat whatever I felt like eating, dressed in whatever I felt like dressing in and watch whatever I wanted on the telly. I loved it. And over the years I have perfected my Christmas rituals. I amassed a few Christmas films (5 bookshelves full), I got some great Christmas ornaments and I did Christmas my way. I would go over to see my family once every two to three years and that was fine. For them as well as for me. 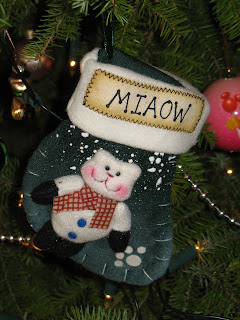 And then I moved to a new country. Norway. And the question I got last year was: are you going home? Well, no actually, my sister is coming. Which was good. Since Norwegians equate Christmas with family. This year: the same question. Are you going home for Christmas? And I thought, well, I am home! I live here in a beautiful wooden cottage in the Norwegian countryside and I am home! Why would I want to go somewhere else? So, Christmas this year is spent on my own. With my fire roaring (the wind is howling, which always makes the fire roar), the Christmas tree, candles, Christmas ribs and my Christmas films. 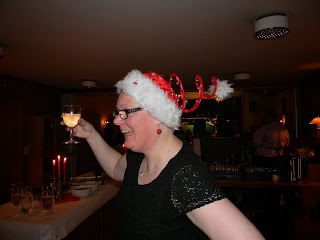 *In the Netherlands, children get their presents from St Nicholas, who lives in Madrid and comes to the Netherlands late November with his Black Peters and his white horse Amerigo. He delivers presents to all the children on December 5th, the eve of his birthday.
Written by Mara at 10:12