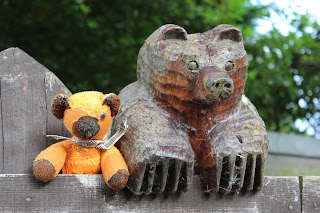 
On day 5 we packed our bags. No, we weren't going home, we were going to stay in a hotel. And the reason for that was the Edinburgh Tattoo. They had decided to drive to the hotel in Edinburgh, park the car and then take the bus into town. I didn't mind, as long as I was coming along!

After a bit of kerfuffle (I will write about that soon), we checked into the hotel and then took the bus to the center of town. It was soooo busy! There were people everywhere. Mara said it wasn't only the Tattoo, but there was something called the Fringe! Artists, comics, living statues, and a lot more.

We walked around a bit and we ended up seeing a really nice show. It had a lot of bubbles in it, something that made me very happy. There were a lot of children there as well, who jumped at all the bubbles. It was great fun and Mara took a lot of photos. 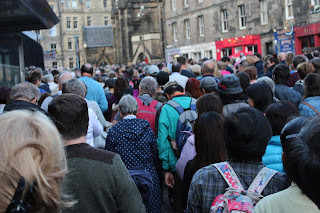 After dinner we made our way up the Royal Mile for the Tattoo. So many people were also going to see it. I was happy Mara had a good hold of me, because I wouldn't have wanted to get lost there. So busy. We made our way inside the stadium which was on the Esplanade of Edinburgh Castle and found our seats; Mara's Papa and Mama were already there. 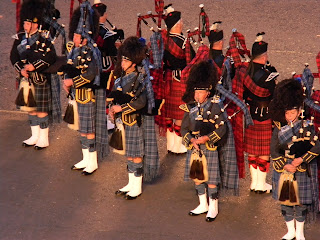 The show started and it was absolutely beautiful. The theme was East meets West and there were groups from the United Kingdom, the United States, Switzerland and China. Probably even more, but I can't remember all! 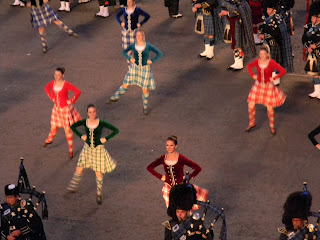 There were bagpipes and drums, there were men throwing guns (didn't like that very much though, I don't like guns), there were violinists, dancers, Chinese dragons, singers, Swiss drummers and a pony. 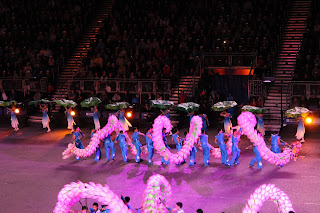 My favourites were the Chinese dragons and the Swiss drummers. The dragons were just a really fun show with lotus flowers and bees and such. The Swiss drummers did everything at the same time and it was just perfect!

At the end there were fireworks and balloons and everybody came in. It was great fun and I was so glad I had been allowed to come along. When it was finished, it took a bit of time to get out of the stadium again and to find our bus stop, but we made it back to the hotel around midnight. After a quick drink Mara and I went up to our room. 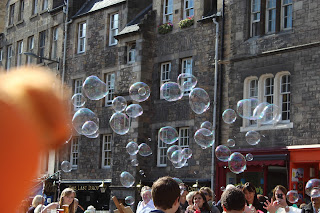 I dreamt of bubbles and Chinese dragons that night!
Written by Mara at 08:00