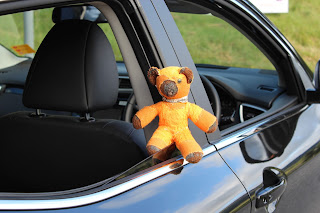 
Well, I made SURE they took me along today. I wasn't going to miss out on another day. We would do the same route up north as they did yesterday, but we would visit a castle and perhaps see Nessie!! 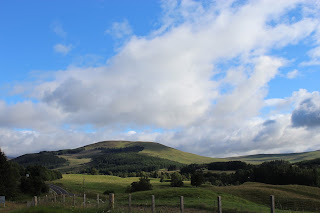 The weather was a lot nicer than yesterday so I got to see the cargums [Cairngorms] with a lot of sun. It was beautiful! Mara drove the car and she stopped several times to take photos or let others take photos. She got a bit mad at her Mama and Gera though, when they saw antlers and didn't say so in time for Mara to stop! I didn't see them either, but they were far away and I only have one eye you know! 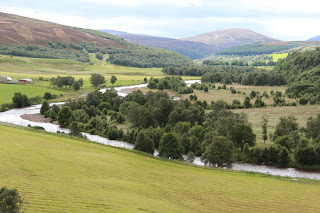 After the coffee stop in Braemar we drove on and it just got beautifuller. We went up very high and then went down and down. It was great. 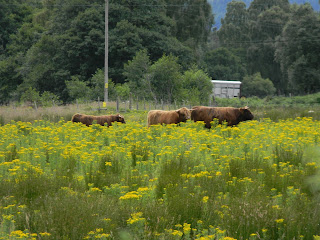 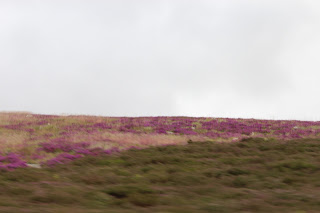 When we got to the castle [Castle Cawdor, near Nairn] we had lunch first. I tried some bread, but I prefer hugs, they are much better for teddies. And then we visited the castle. There were people living there, but only in the winter. 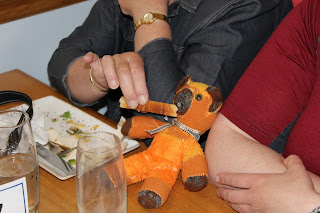 Mara wasn't allowed to take any photos which was a shame, because there was a nice friend there! And the beds looked very comfortable as well. 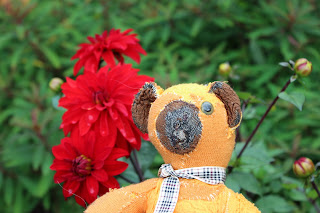 In the gardens Mara was allowed to take photos fortunately, because the flowers were very pretty. The first garden we saw had a maze in it, but we couldn't get in at all, which was a shame. 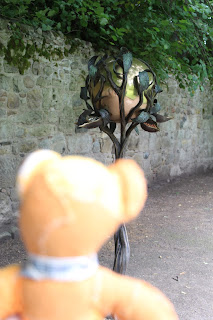 The second garden we saw had a great birdfeeder. The birds weren't very scared of us at all and just kept eating their seeds. 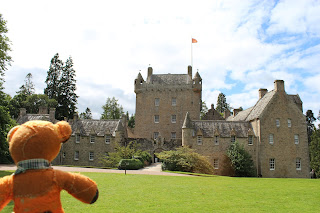 The day wasn't over though, we were still going to see loaknez [Loch Ness] and Nessie. Mara said we might not see him, because it is a very large lake and he might even be on holiday himself! Well, the lake was very big! And it looked very cold as well. I wouldn't want to live there at all. 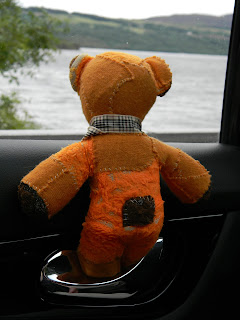 We stopped for coffee again soon after and then we saw Nessie. He looked very scary and angry, but I did get a photo of us together anyway! But a long way away from his head: I didn't want to get eaten!!!! 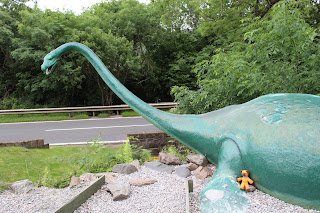 On our way home we stopped for dinner in a small village. It was really nice and from the restaurant we could even see benavies [Ben Nevis] until the clouds covered everything. We got home very late and it was already dark! It was a beautiful day!! 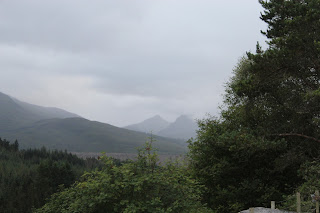