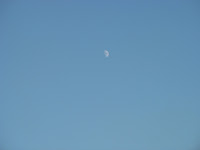 
Well, when they landed on the moon, I wasn't even born yet, so that one's easy. The vote for all South Africans was during my life time and even though I do remember it, I do not remember where I was. I know I found it one of the most iconic moments I've ever seen though. And what I did on this day eighteen years ago? I lived in France (Tignes) and (I just looked it up) it was the week after the Olympics. And eleven years ago? Well...


Eleven years ago, my Mum and Dad arrived early at my place. My Dad was in a bit of a panic (he is a bit like that some times), because I didn't have a single cardboard box in the place, it was a mess and there would be no way on earth me, my friend and my parents would be able to pack everything in those non-existent boxes and into the van we had hired. Of course what he didn't know was that I had already asked for an extra pair of hands in the form of a neighbour/friend of my parents. My Mum and I then went to the local supermarkets to search for large cardboard boxes and we started packing.


Why were we packing? I was moving! After I had passed my driving test in January I wanted another job than the one I had (trolley dolly on the trains). So, I started applying and I finally got a job as a busdriver. I didn't own a car though and it was either buy a new one or move. I chose moving! 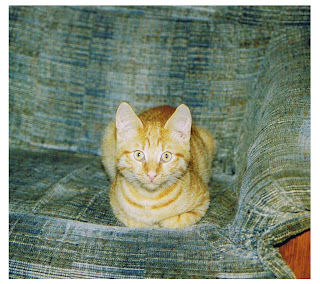 Wuppie staying at my parents' place

By the middle of the afternoon the five of us had packed everything into the van and we drove to my new abode! After which the unpacking started of course. By the evening everything was in my new home, waiting to be put in the right place and/or be unpacked. The new home seemed huge, especially since I came from a small flat and now had a whole three bedroomed house to roam in (it was filled in no time though). On Sunday my parents got Wuppie and Mathilda out to me and my new life could start!