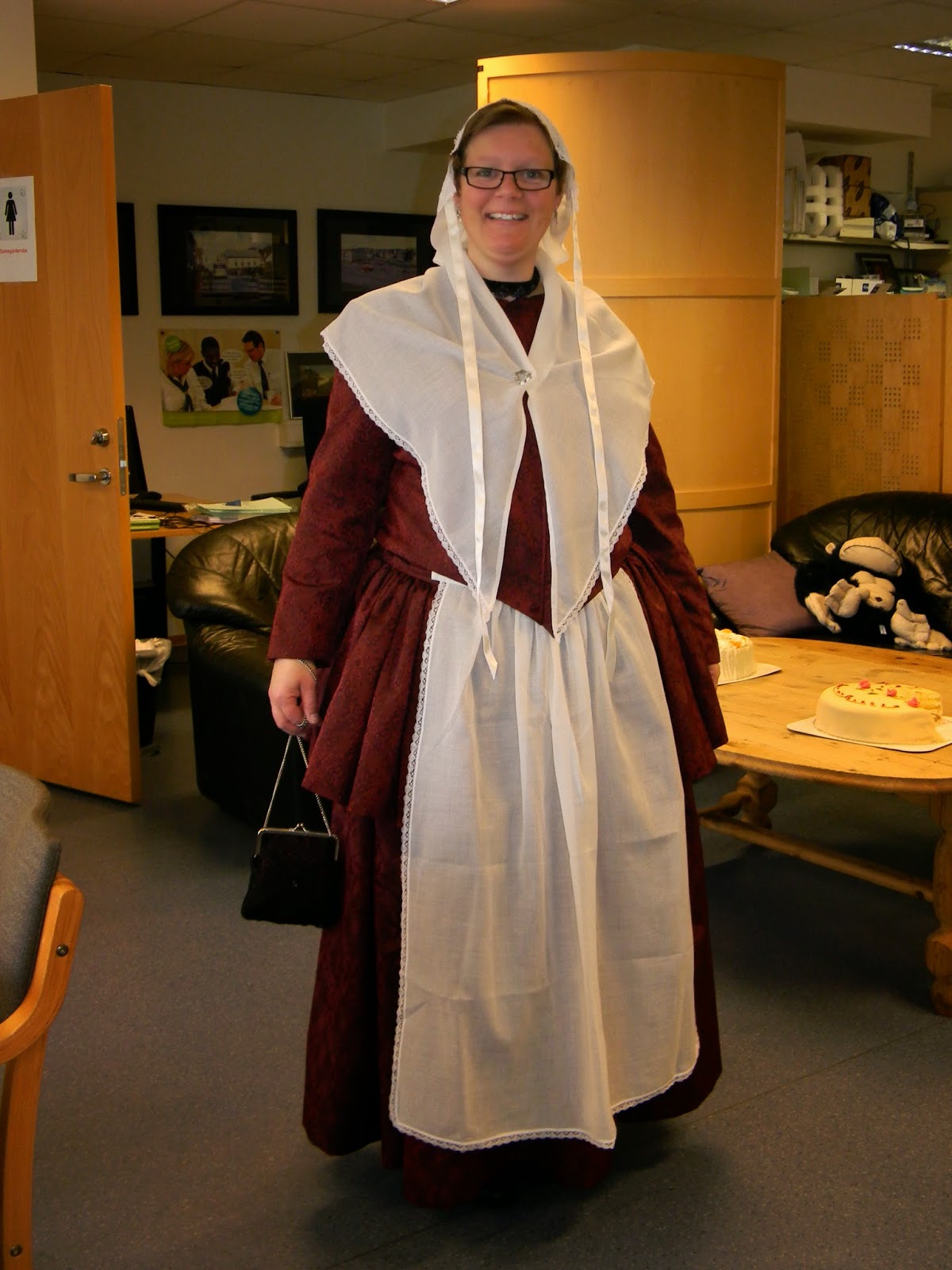 The first outing of my Frysian inspired outfit! It took a while to get the whole thing on, but i managed in the end. My worries about using a toilet proved to be well-founded. And as it turned out, I should also have been worried about using stairs and steps. I found out when I nearly came down head first while going up some steps! 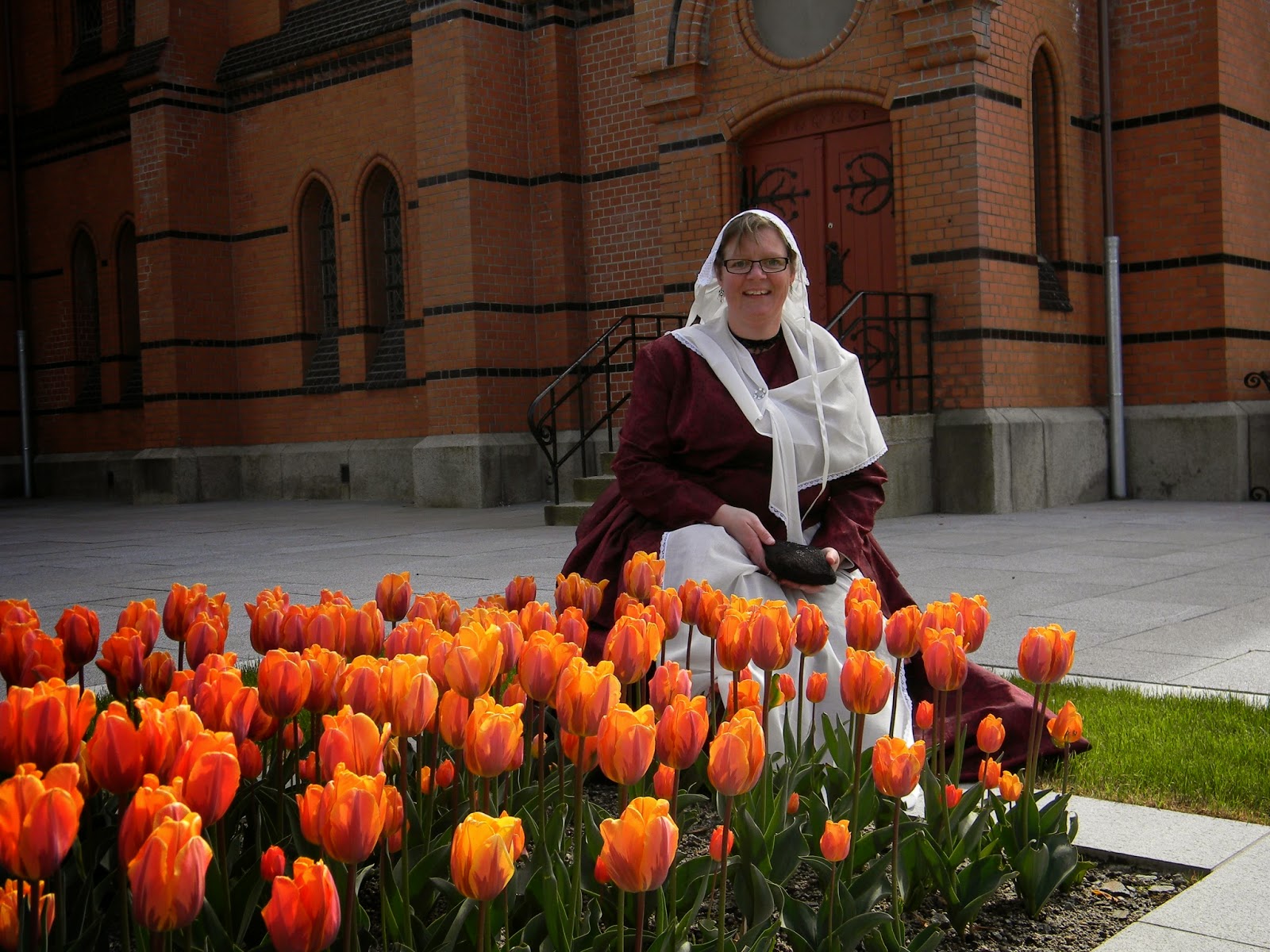 I must admit I didn't realise the shawl wasn't on straight and I wasn't told by the photographer either. But, the orange tulips and me in my outfit was too much of a nice photo not to use it. Nobody knew it was Frysian/Dutch and I only got asked twice where my 'bunad' actually came from. I did get plenty of stares though.
Written by Mara at 08:00