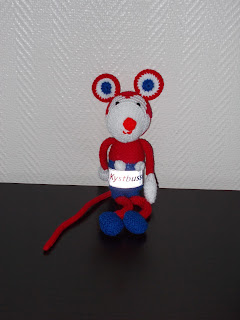 
Mara said it wasn't school, it was only a course. Well, there was sitting behind a desk, there was answering difficult questions and guess what: they even got homework at the end!! Tell me that is not school! 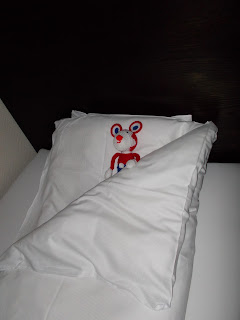 First things first however. Our trip there. We took the bus and it was jampacked. I didn't see any jam, but Mara says that's what people say. We sat all the way in the front, so Mara had a good view. Me? Not so much, since she put her coat on my head!!!

When we got to our destination, Mara asked the way to our hotel and it was only 100 meters from the bus station. It wasn't a new hotel, but our room was okay. There was only a single bed, but it was a nice big one.

At 7 pm it was time for dinner and after dinner school the course started. First they had to interview somebody from the group and then tell the group what they had learned. And then there was a game. I thought it was really easy, but Mara and others had some trouble remembering the names. The teacher started by saying his name and then he asked the person next to him what his name was. He then had to repeat the first person's name and his own and then ask the next person. And so on. Which meant that the last person had to remember everybody's name! Mara was somewhere in the middle and she had really tried hard and got them all right. 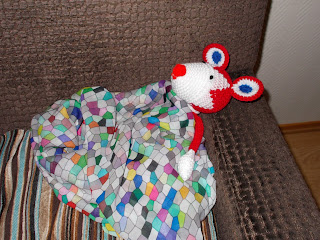 When we were finished for the day, Mara was really tired. What with work in the morning and school in the evening... Oh, and guess who didn't get the bed!

The next day they started early again. There were more difficult questions to answer, things to look up and more sitting behind desks. They had their group photo taken (I photobombed, heehee) and got lunch. After lunch there were more things to find, more questions to answer. In the end though they were finished. Well apart from the little 'easy' quiz they got. Which took a lot of searching to find all the right answers. There was one question about Adam's Ark, one about the colour of Napoleon's white horse and a lot about union things. Those were difficult! 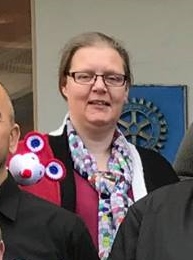 After dinner there was another quiz, but more like an ordinary pub quiz. Guess what: Mara's team won! So, they all got a free drink from the bar. Mara was happy when she came up to the room I can tell you!!

The next morning however it was back to business. They got their assignments. They were split into couples and every couple has to prepare a short (10-15 minutes, that's like 87 hours that!) presentation on something to do with the union. Mara didn't have any clue about any subject, so she let her partner choose. Who chose something neither of them had ever heard of. The rest of the morning was used to find out as much as they could about the given subject and then they have to do a lot at home. Because Mara and her partner don't live very close, they will have to communicate by email a lot, but they know what and how they want to do it already, which is good!

Then, after the final lunch, school was out and it was time to go home. In four weeks time they will have to go back and learn some more...
Written by Mara at 08:00