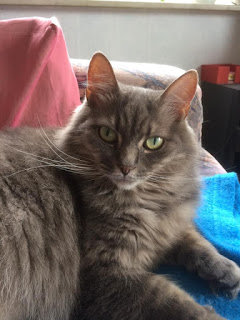 
Well, finally! I have wanted to tell you about what's happening to me for about 87 days now. Don't worry though: nothing bad has happened. To me...


First things first though. I am allowed to go out nearly every day. Sometimes I stay out all day, not coming back until it's dark, other days I come back in all the time. You have to keep two-leggers on their toes you know!

One day I came back and Mara petted me and said: not good! So, I stayed quiet while Mara figured out what was wrong. It was a tick! Yuck! But Mara and Oma removed it and I have been completely okay.

The other day though, I was allowed out and was having a grand time and when I came in, I had something else with me: a baby bird! And I was not going to let go. Mara and Oma were quite devious however and in the end I was locked in the kitchen with Oma and Mara did something to the bird. 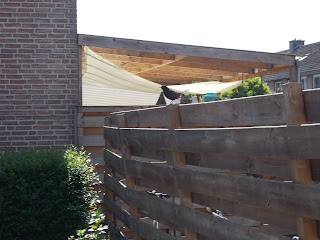 When I was let out of the kitchen again, she said the bird was alive, but there were some feathers missing and there was some blood. I wasn't allowed outside again to give the birdie a chance. The rest of the day Mum Dad was chirping and chirping and chirping to get her young to follow her. The following day I was let out again and immediately Mum Dad started chirping again. Until I went in and Oma shut the door. Mara says she thinks the bird has survived and is recovering from the ordeal.

Today I am not allowed to go out though. And they used the sucky thing as well. I had better rest up for my next adventures then...