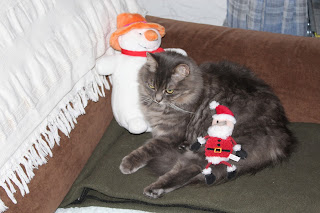 
Hi there, here I am after a great Christmas! I didn't do much, I just ate and drank a bit, watched television and relaxed. Mara said that was a good way to spend Christmas. 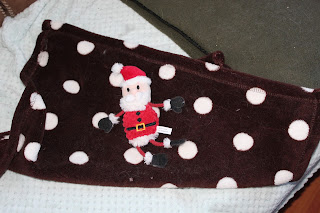 Now a while back Mara went Christmas shopping for Princess Leah who lives in another country and then last week we got a present back from Princess Santa Cla Leah and her Mum. It was big and it smelled so good! Which meant that the box was opened already before Christmas, but I was only allowed to take out the really good smelling gift, which was a Santa! 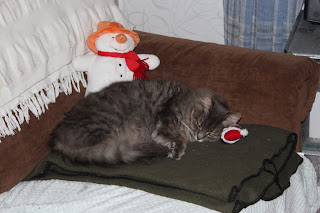 I could play with it and sleep on it. But all the other gifts had to stay in! 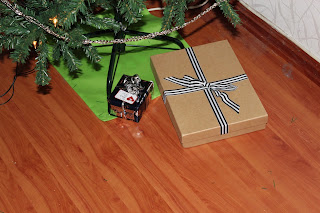 We didn't have many gifts under our Christmas tree this year (which Mara set up on Little Christmas Eve), only one for Mara and one for me (the big one). Well, there was one other one for Mara, but she said it smelled so good, she had to open it right away!! Miaow, isn't she a silly puss? 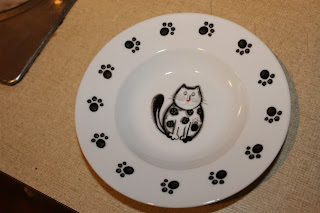 Well, I loved my gifts. There were balls and mice with feathers, but Mara put those away for now. There was the prettiest bowl ever that I got. Princess Leah sure does understand about the mbf in the wwu needing more than just a plastic bowl to eat from! There was a lovely little blanket just for me and there were some sweeties for me. 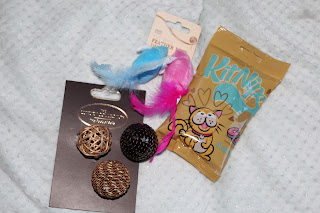 And then there was the hat. Which I must admit was a bit of wrong choice, until Mara suggested that perhaps Brom was included in the gifts? Well, the hat fit him perfectly and he was extremely happy with it! His very own Santa hat!! 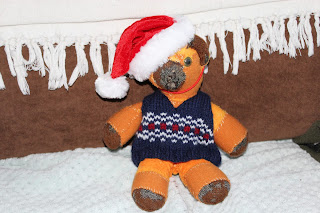 Thank you Princess Leah and Princess Leah's Mum for finding such beautiful gifts for us. We had a great Christmas here in Norway and we hope that wherever you are, you had an equally good one!

Love from Miss Oswin and Brom. Oh, and from Mara she says!
Written by Mara at 10:59