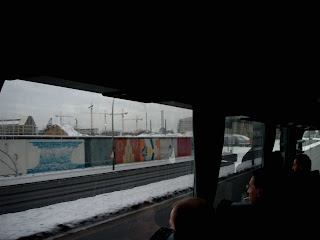 You would think that people learn from the past. But alas, other walls (physical or mental) have gone up in the twenty years since. In the Netherlands we have a saying: an ass doesn't in general stub its toe twice on the same rock. An ass of course being a very stupid person. Well, the world is full of asses in my opinion. Because we keep doing the same stupid thing over and over. It didn't work then, it doesn't work now. Knock the walls down, be they physical or mental! It worked in 1989, let it work again!
Written by Mara at 15:45