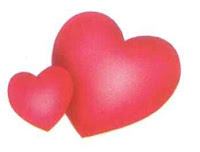 It's nearly two years now that my neighbour rang the doorbell at a quarter to seven in the morning. Something was wrong with her husband and could I help? Well, something was definitely wrong with her husband: he had died in bed. After I finally had gotten him of the bed, had phoned 112 (ambulance), because his wife didn't remember the number and started CPR, over 10 minutes had gone by. The police took over part of the job and after that the paramedics (I think), but it was all to no avail: he was gone. I spent the whole day tasting and smelling him, which I didn't particularly like. A shower and a small break down helped and I was over it.


Last night we had a CPR refresher course. I should have gone last year as well, but with work last year, it was impossible. So, this year was the first time and I have to say, it hit home quite hard. I hadn't expected it at all, but everything came flooding back. Even the taste started coming back. So, I had very mixed feelings. Fortunately I can always count on my colleagues to make me laugh and get me away from those feelings.


I passed the course though and that is most important, because the average age of people on my coach is usually over 55 (some trips over 65) when I go abroad. And they have a statistically higher chance of keeling over from heart trouble. Let's just hope they won't!
Written by Mara at 13:50