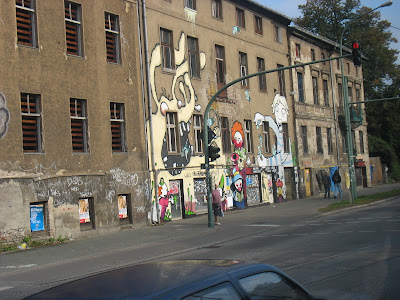 Potsdam is situated in the former East German part of the country and during East German times it was (apparently) mainly grey and brown. I think they used to cover anything that wasn't moving. Since 1990, towns and cities all over East Germany have started using colour again and most buildings have a bit of colour on them now, be it cream or light yellow. At least it all looks a bit cleaner than before. Not everything has been done though. This was the view from the tram we took into the town of Potsdam. Grey/brown buildings covered with graffiti! 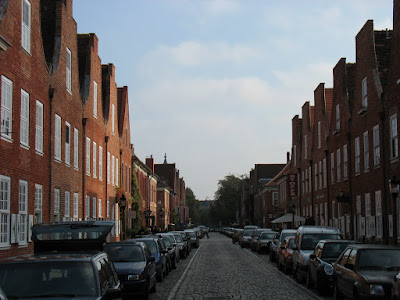 This is one of the streets in the "Holländisches Viertel" or Dutch Quarter in Potsdam. Some long ago king thought the world of Holland and decided to build a Dutch Quarter for all the Dutch workmen living in the area. This scene especially could have been taken everywhere in the Netherlands, even today. The only difference being the streetnames (all German) and the numberplates on the cars (German as well). 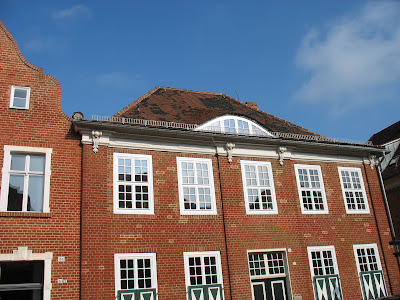 One of the houses in the Dutch Quarter. It looks Dutch alright, right up to the roof. In the Netherlands we use different rooftiles, so that's different. But a lovely house nonetheless. Even the shutters are there! 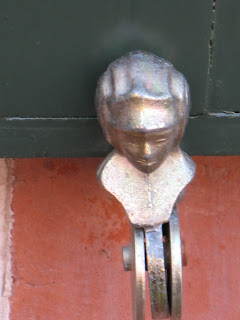 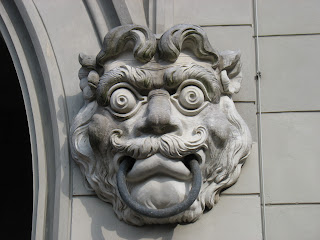 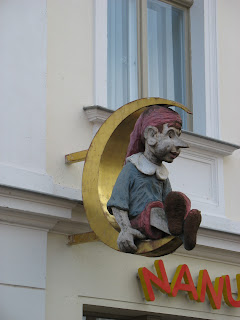 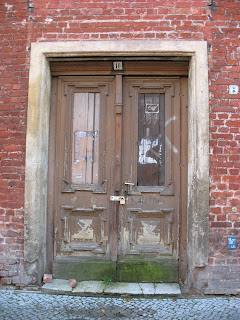 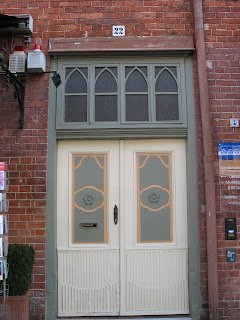 The first photo was taken in the High Street. I just loved it. The other two photos are of doors (as if you didn't guess). The first one needs some work done and the second one shows what a little bit of work can do!
Well, these were a few of the photos I took while in Germany. I did take some others, but they will have to keep!
Written by Mara at 12:41