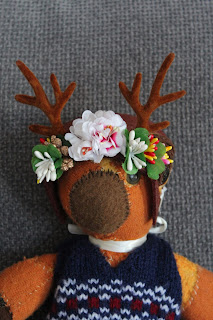 It hasn't officially started yet, but the job I was due to do today was cancelled, so you could say it did anyway: my Christmas holiday. A bit of a scare two days ago when I saw they had me working four days next week (!) when I had asked for time off. Money wise it would have been a better move, but for half a day more pay... It got sorted though and I am now off until past the New Year.

My sister also got time off for the week and we are spending it together. Tonight or tomorrow morning (depends on whether I get everything done by tonight), me, Miss O, Brom (and Mouse) are heading over to her to celebrate Christmas with Gera. Yes, Miss O is coming as well. She will hate the journey over of course, but she won't mind spending time in Gera's house: windows to look out of! 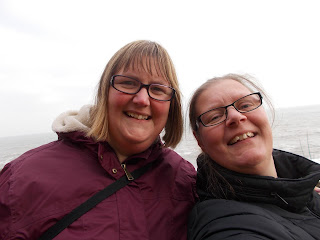 My sister is a church goer, so I will accompany her. You never know, it might do me some good 😀.  We will watch some Christmas television, there will be plenty on. But of course we will also have some food. We were getting goose which according to my sister is very good and she had had a few years ago when my parents came over. They ate the whole goose in under two days she said. Well, the packaging around the goose said 8-10 people and I doubt we will be able to eat that within two days, so we opted for duck instead.

We will also be making some other things: filled speculaas (mmmmmm) and the Queen Maud Pudding I learned about in Norway. I am salivating as is! We will probably make more than that, but those are the things that are certain.

Then, sometime between Christmas and New Year, we will all move to mine to celebrate New Year's Eve over here. More goodies are expected, like the Dutch oily balls which will be made in the garage to try and prevent the cooking smell to permeate the whole place.

If the weather is nice during the holidays, we will finish our big tour we started last February: the Mourne Coastal Route. We have done two thirds now, but still have the last bit left. And if that goes faster than we think, then we might continue on the Causeway Coastal Route, which takes in the north coast. We have done some bits of that route already and visited some places (like Dunluce Castle and the Giant's Causeway), but there is plenty more to see.
Written by Mara at 09:29